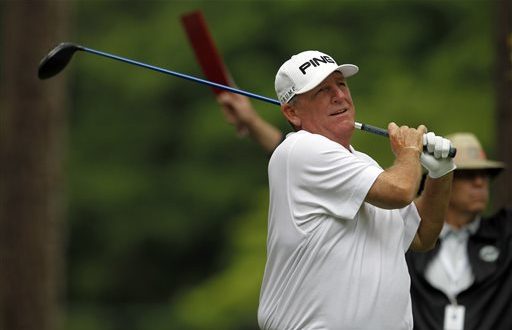 Mark Calcavecchia watches his tee shot on the seventh hole during the final round at the Champions Tour Regions Tradition golf tournament on Sunday, May 18, 2014, in Birmingham, Ala. (AP Photo/Butch Dill)

The cancellation of fan-attendance in the PGA Tour makes people wonder if the tour will ever welcome back its fans. Former Gator golfer and PGA Senior Tour member Mark Calcavecchia gave shared his thoughts in a recent interview.

The PGA Tour will be making it’s next stop at the Muirfield Village in Ohio for the Workday Charity Open. This was supposed to be the tournament that would welcome back fans to the tour. But the tour recently announced that this will not be the case anymore.

The announcement was made on Monday, July 6th PGA Tour commissioner Jay Monahan. He stated that even though him and his team appreciate the hard work that was put to allow fans back, everyone’s health and safety need to come first.

“But given the broader challenges communities are facing due to the ongoing COVID-19 pandemic, we need to stay focused on the No. 1 priority for our Return to Golf — the health and safety of all involved.”

Calcavecchia reminisced on his time in Muirfield Village and he remembered it as a great course to hold tournaments. His memories there go even deeper as that’s where he met his now current wife.

As for whether the tour will ever bring back fans for this season, Calcavecchia’s answer leans towards a no.

He sees a slight possibility of fas coming back later on the year, possibly during playoffs. But he still believes that the difficulties caused by the coronavirus will make this nearly impossible.

During his recruiting, Calcanecchia narrowed down his last two options to Florida State and the University of Florida.

The Nebraska native ended up choosing the Gators for various. reasons. The most simple one was that UF was the closest one to his family in Florida.

He played under coach Buster Bishop and coach John Darr’s staff  from 1978 to 1980. Calcavecchia earned first-team All-SEC honors in 1979.

After a successful college career, Calcavecchia decided to forgo his senior season in and turn pro. He joined the PGA Tour in 1981 but eventually lost his card in 1985. After that, his PGA status was not the best, therefore he was not receiving many tournament invites.

In 1986, he received an invite from his friend, and also former Gator, Ken Green to caddie for him. Calcavecchia caddied for Green in four tournaments.

Later in the year, he began to improve his status with the PGA and eventually got his first tournament win.

Everything started to go in the right direction for Calcavecchia as he also went on to win the Honda Classic in 1987.

“The headlines in the paper were ‘Last Year’s Caddie, This Year’s Champ’. That was pretty cool. I guarantee that has never happened and probably never will again.” said Calavecchia

After that, he went on to win 13 PGA Tour tournaments and The Open Championship (formerly known as the British Open) in 1989.

After a successful golf career, Calcavecchia joined the Championship Tour, also known as the Senior PGA Tour, in 2010. During his time in this tour, he has won the 2011 Boeing Classic and the Montreal Championship in 2012.

This tour is also set to start again as early as three weeks from now. Calcavecchia said that the protocols set to prevent a virus spread were very detailed. He even joked about how long it was, saying that it was about 30 pages long.

As for fan attendance, this tour will not have fans either. Calcavecchia recognizes that although fans are great, this fan-ban is more impactful for athletes in the regular PGA Tour.

“I’m used to playing in front of nobody anyways in these last few years” Calcavecchia joked.

Camila is a senior at the University of Florida, who served as a beat writer for the women's basketball team from 2019 until the 2021 season. She was also a beat writer for the Gators football team during the 2020 season. Camila is also WUFT's news director as well as a sports reporter/anchor.
@CamilaMaffuz
Previous Tre Mann Withdraws from NBA Draft and Returns to Florida for Sophomore Season
Next Ivy League Says No Sports in Fall 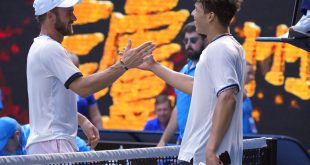