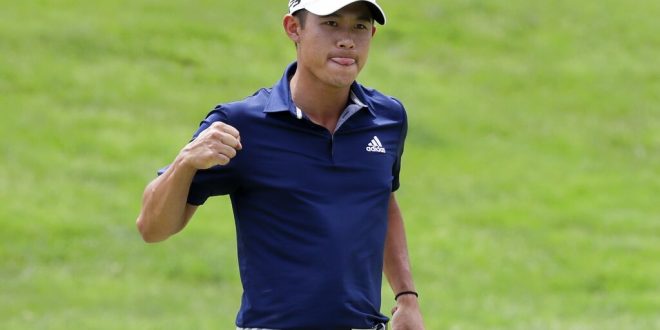 Collin Morikawa reacts to a putt on the first playoff hole during the final round of the Workday Charity Open golf tournament, Sunday, July 12, 2020, in Dublin, Ohio. (AP Photo/Darron Cummings)

Collin Morikawa took home the victory at the inaugural Workday Charity Open over the weekend. Morikawa beat out Justin Thomas on the third playoff hole. This is his second-career win in just 24 starts on the Tour.

Path to the Win

It was a long path, to say the least. With three holes to go, golfer Justin Thomas held a three-stroke lead. The rest of the way, everything went wrong for the 12-time Tour winner. Thomas bogeyed on the last three holes, allowing Morikawa a chance to catch up. Morikawa got within a stroke with a birdie on no. 17 and forced a playoff shooting for par on the final hole.

Both players missed the fairway on the first playoff hole. Both would make up for it. Thomas sank a 50-foot putt for birdie. Morikawa remained focused and sunk a 25-foot birdie to extend the playoff.

Thomas nearly sealed on the first stroke of the second playoff when he missed a hole in one by a little more than a foot. Again, Thomas missed the game-winning putt, and the two players were going to a third playoff.

Now, Morikawa had his chance. He knew he just had to keep putting on the pressure.

Thomas’ drive ended up behind a tree. Meanwhile, Morikawa landed his approach less than ten feet from the hole. Morikawa’s putt for par would be enough for the win the Workday Charity Open.

Morikawa said that this win is a major stepping stone.

On Tap for the PGA Tour

The PGA Tours continues July 16 with the Memorial Tournament at Muirfield. Tiger Woods and Rory McIlroy are back in action, while Workday Charity Open Runner-Up Justin Thomas is one of the favorites to win it. Morikawa will back as well, with 20-1 odds to take home his third win.

Harrison is a sports coordinator at ESPN 98.1 FM/850 AM WRUF. He served as a beat writer for Florida Gators football for the 2019 and 2020 seasons. He also contributes to WRUF's Gainesville Sports Center segments and makes appearances on the Clash on Harp on Sports. Harrison has been a content writer for WRUF since January 2019 as well.
@HarrisonSmaj
Previous Baseball is back. But for how long?
Next While Conferences cancel games, SEC Commissioner Greg Sankey gave his thoughts 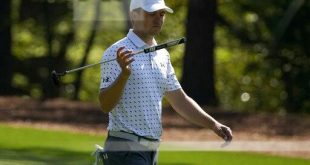 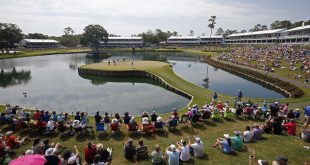