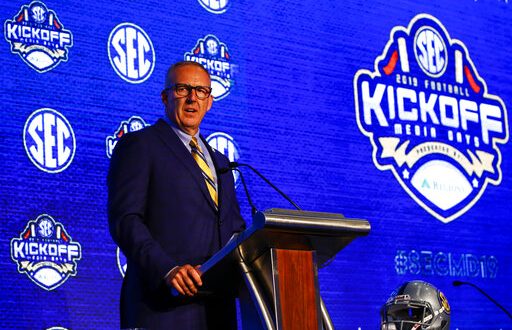 As other conferences go to only conference schedules, SEC Commissioner Greg Sankey recently said he has a high level of concern when is comes to playing football this fall.

What other conferences are deciding

USC vs. Alabama was canceled because the PAC-12 moved to only a conference game schedule.

The BIG Ten was the first conference to decide to play only conference games this season.

Breaking: The Big Ten decided that a conference-only season for all fall sports, including football is the most likely outcome, a source with knowledge of the discussions told @CFBHeather and @Mark_Schlabach. https://t.co/yyfdYXjgVN pic.twitter.com/S1iA8cfIEb

Then, the PAC-12 followed. Also, the ACC is discussing it. However, they think it’s too early to make the decision now.

Finally, the SEC and the BIG 12 still seem like they want to play non-conference opponents this season.

ICYMI: The Big 12 Conference currently has no plans to enforce its schools to not play non-conference games in the fall. https://t.co/MfvxGYpWlH

The BIG 12 may not have plan for this now, but if more conferences follow the BIG 10, they may have no choice.

The BIG Ten and PAC-12 are looking to make a 10-game conference schedule. Most conferences could also mimic this idea, but not the BIG 12. They only have 10 teams, so the BIG 12 may have to find a non-conference opponent to give them a tenth game. Also, the option is there for each team to play someone twice.

Independents like Notre Dame and BYU could also have a tough time finding ten games for their schedules. The ACC already said they would work with Notre Dame the best they can since they have a deal with the Fighting Irish to play six ACC opponents a year.

BYU was slated to play three PAC-12 teams and two BIG Ten teams this year. BYU lost almost half their schedule in a matter of hours, so they will be scrambling to find opponents before kickoff in September. 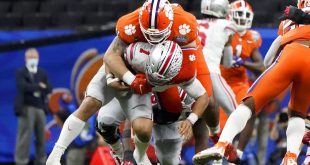 When the SEC announced that Texas and Oklahoma would be joining the conference in 2025, …