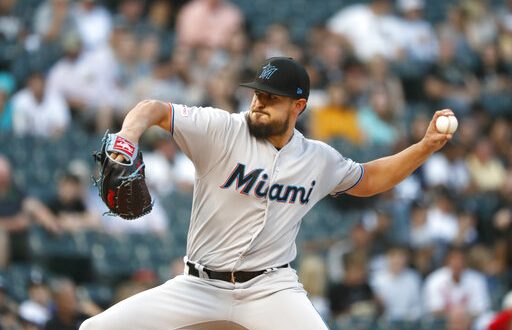 After a near three-month delay, the chase for a World Series crown begins Thursday night. Major League Baseball is back. And with the start of the season just days away, projections are once again starting to pour in from the experts on where teams stand heading into opening weekend. One club looking to surprise everyone in 2020 is the Miami Marlins. The organization hasn’t had a winning season since 2009 and last made the postseason in 2003.

But despite the struggles, there’s some optimism surrounding the team heading into the season.

Coming into 2019, Miami was eyeing to improve upon its record from the season prior. In 2018, the Marlins finished last in the NL East standings with a record of 63-98.

But rather than taking a step forward, Miami ended up taking a step backward. By the end of last season, the club found itself once again in last place in the NL East, with the third-worst record in the league.

Part of the reason for this was the team’s inability to get runs on the scoreboard. The Marlins ranked last out of all 30 organizations in total home runs with only 146.

Additionally, Miami also managed to score only 615 runs. Only the Detroit Tigers, who finished with 582, had a number worse than that.

Now, the Marlins are hoping the addition of some veteran players this offseason will help give the club some much-needed firepower at the plate.

A Glance at the Roster

New to the Marlins this season are a few athletes fans from around the league might recognize. Matt Joyce, Francisco Cervelli and Jesús Aguilar bring ample years of playing experience to the team.

Joyce last played with the Atlanta Braves in 2019, where he appeared in 129 games, hit seven home runs and finished with a .295 batting average. While the signing of Joyce was a big one for the Marlins, he was placed on the team’s 10-day IL list for an unspecified reason.

As for Cervelli, the 34-year-old is a 12 year veteran and appeared in a total of 48 games last season with the Pittsburgh Pirates and Atlanta Braves.

Lastly, Aguilar, who has spent the least amount of time in the league out of both Joyce and Cervelli, comes to the Marlins after spending 2019 as a member of the Tampa Bay Rays and Milwaukee Brewers.

Aguilar appeared in a total of 131 games between both organizations with 12 home runs and 50 RBIs.

Some other notable acquisitions to the Marlins’ roster include center fielder Jonathan Villar, outfielder Corey Dickerson and pitchers Brandon Kintzler and Yimi García.

There will certainly be a different feel for the players, managers and staff when the season starts on Thursday. The athletes have already gotten a chance to get acclimated to an environment with no fans during some of the exhibition games during Summer Camp.

Marlins shortstop Miguel Rojas discussed some of the changes that will be occurring within his team, including moving some of his teammates out of the dugout and into the stands.

While there may be some adjustments in terms of how the team will handle certain aspects of the game, Rojas said it’s important that he and his teammates remember that they’re still playing for their fans.

The Marlins’ first game of the season is on Friday when they face the Philadelphia Phillies at 7:05 p.m.