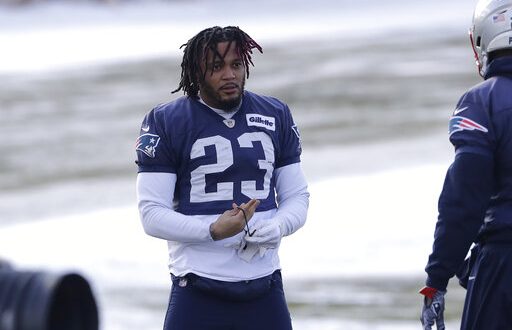 The NFL will be back this season, some players will not

The NFL approved to have a 2020 season amid the coronavirus pandemic but gave the players the option to opt-out. This option has already been used by more than a dozen players that have decided to not come back this season.

Chiefs guard Laurent Duvernay-Tardif was the first athlete to use this option.

The New England Patriots are the most affected by this so far. Six players including Dont’a Hightower, offensive tackle Marcus Cannon and safety Patrick Chung opted-out.

Hightower decided to opt-out so he wouldn’t risk the health of his newborn baby. Cannon cannot put his health at risk as is a cancer survivor.

“I think there will be a significant number of players [that] do what the Patriots [did]. You’ve got guys who have high-risk family members… because the league is not doing a bubble, it puts them at greater risk of spreading the [virus],” Jaguars’ beat reporter Mike DiRocco said.

A player that decided to take the “higher-risk” opting out option is Washington Football Team’s Caleb Brantley. The former Gator will receive a $350,000 stipend.

A team that might face some difficulties starting their training camp due to the coronavirus is the Minnesota Vikings. Eric Sugarman, the Vikings’ trainer and Infection Control Officer, tested positive for the virus.

Regardless of the coronavirus pandemic, and multiple players opting out, the NFL will continue with their season start as plan.

Various teams have started arriving at their training facilities to begin strength and conditioning training. After that, the official training camps will begin.

As players arrive, tests begin. There will be around three weeks between conditioning and official training camps, so a lot can happen.

This is especially true due to the fact that the NFL will not be using a bubble to avoid contact between players/staff and others.

Even with constant COVID-19 testing, the fact that players are still going back home after each game can expose them to the virus. This was seen in the MLB as a coronavirus outbreak paused the Miami Marlin’s schedule.

Because of this absence of a bubble, a coronavirus outbreak is likely to happen in the NFL too. This means that their season could also face a reduction in games played or worse.

Although the future of the league is uncertain, Jaguars’ beat reporter Mike DiRocco expects a 10-game season.

Why is there no bubble?

Both the NBA and the NHL have been using a bubble for the restart of their season. They are both officially corona-free inside the bubble.

Looking at the success both leagues have had, it would make sense for other leagues to try it. The problem is that the NFL has significantly more players and staff that make it very challenging to fit in one place.

Having players going back home after every practice and every game will risk the players’ health as well as their loved ones. The constant testing will help players be aware of whether or not they should avoid contact with others, but total isolation from their loved ones to avoid spreading the virus is not possible for many.

Camila is a senior at the University of Florida, who served as a beat writer for the women's basketball team from 2019 until the 2021 season. She was also a beat writer for the Gators football team during the 2020 season. Camila is also WUFT's news director as well as a sports reporter/anchor.
@CamilaMaffuz
Previous Miami Marlins Shut Down Until Sunday
Next NBA Returns Tomorrow