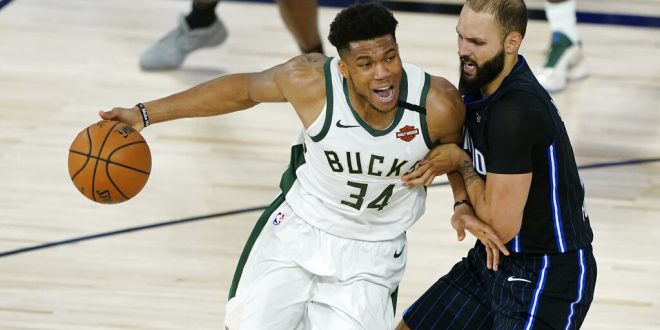 These two teams are not in the exact opposite situations. However, it is pretty close to it. The Miami Heat completed their sweep of the Indiana Pacers. Meanwhile, the Orlando Magic lost to the Milwaukee Bucks to fall behind 3-1 in the series.

The Pacers finally held the heat to fewer than 100 points. The problem is they picked the worst night to have their worst offensive performance in months.

The Heat finished the first quarter down 22-21, but they outscored the Pacers by a little each quarter after that to win 99-87 and complete the sweep.

You know, that mustache is finally starting to look pretty good on Jimmy Butler. A sweep really helps with that.

Butler had an off night (he only had six points and three rebounds), but the hero for Miami was Goran Dragic. Despite missing five of his six three-point attempts, Dragic put up 23 points for the Heat.

The Heat may have found the best way possible to honor Dragic. They changed their profile pick to him facing the camera and encouraged fans to do the same.

Meanwhile, the supporting cast was minimal but still there. Tyler Herro scored 16 points off the bench, while Bam Adebayo nailed six buckets and two shots from the charity stripe to get 14 points for Miami. The Heat move on to round 2 and will face the winner of the Magic-Bucks series.

Speaking of that Series…

Remember when the Orlando Magic won the first game and everyone lost their minds? Pepperidge Farm remembers. What seems like a new tradition in central Florida, the Magic won a decisive Game 1 before dropping every game after that.

Does anyone remember when the Magic upset the Raptors in the first game last year? Anyone? No? Maybe it is because the Raptors won the series in five and won the NBA Finals. That might be why. The Magic are on the verge of repeating this except as a lower seed and against Giannis instead of Kiwai. The thing is they looked like they might knot up the series for the vast majority of the game.

As late as three minutes left in the third quarter, the Magic actually led 76-75 against the Bucks. However, the Bucks went on an 18-2 run to start the fourth quarter that did the Magic in. The final score: 121-106.

Before the Game, Magic’s Head Coach Steve Clifford commented on Milwaukee’s tough defense. He was onto something.

Nikola Vucevic continued his strong playoff performance with a double-double: 31 points and 11 rebounds. He fell three assists shy of a triple-double.

Markelle Fultz scored 15 points off six field goals for the Magic, and Terrance Ross put up 19 off the bench.

The Magic are not out yet, but they are on the brink of elimination. No eight seed has ever overcome being down 3-1. As a matter of fact, an eighth-seed team is more likely to blow a 3-1 lead (this was also the Magic).

Harrison is a sports coordinator at ESPN 98.1 FM/850 AM WRUF. He served as a beat writer for Florida Gators football for the 2019 and 2020 seasons. He also contributes to WRUF's Gainesville Sports Center segments and makes appearances on the Clash on Harp on Sports. Harrison has been a content writer for WRUF since January 2019 as well.
@HarrisonSmaj
Previous Tampa Bay Lightning Fall Against Boston Bruins in Game 1 Of Playoff Series
Next Dolphins, Hurricanes to Allow Fans at Home Opener 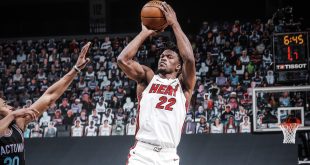 The Miami Heat stay busy at the office, as they continue their six-game winning streak …