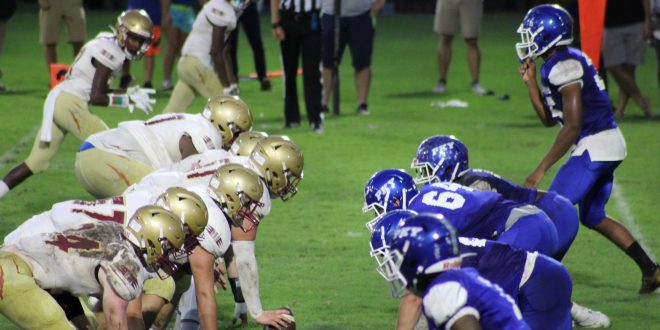 The P.K. Yonge Blue Wave looked to turn their momentum from last week’s win over Eastside into a winning streak. Visiting Florida State University High had other ideas.

MaxPreps’ Class 3A 4th-ranked Seminoles crushed the Blue Wave (1-2) on their home field Friday in a 57-0 shutout.

Senior running back Dohntay Williams had a huge game on the ground with 97 yards rushing on 4 attempts, scoring three touchdowns.

After Florida High’s first score of the game, players on the field took a knee and a delay of game penalty on the point-after attempt before Brooks Hickman converted on their second try.

Williams explained that the Seminoles are honoring late FSUHS offensive line coach, Ryan Smith, with this gesture. Smith passed away earlier this summer from complications from pneumonia at age 32.

Williams spoke on what it meant to him and his team postgame:

“It means a lot to us because each game, we are keeping him in our minds and playing for him. He was a great coach and loved being around us.”

The Seminoles plan to continue honoring Smith with a similar ritual after their first score every game this season.

The Seminoles looked sharp all night, especially on offense. They got going early and often, taking the kickoff return to the house before it was brought back due to a block in the back.

Florida High would get it right back on Williamson’s first touchdown. P.K. Yonge nearly committed a turnover the following kickoff, ultimately starting their drive at their own 1-yard line that would end in a safety for the Seminole defense.

Donaldson’s first passing touchdown of the night came later, and by the end of the 1st quarter, FSUHS led 23-0 and never looked back.

In the end, the Seminoles scored 8 touchdowns and accumulated nearly 400 yards of total offense on the night against the Blue Wave’s 30 yards. 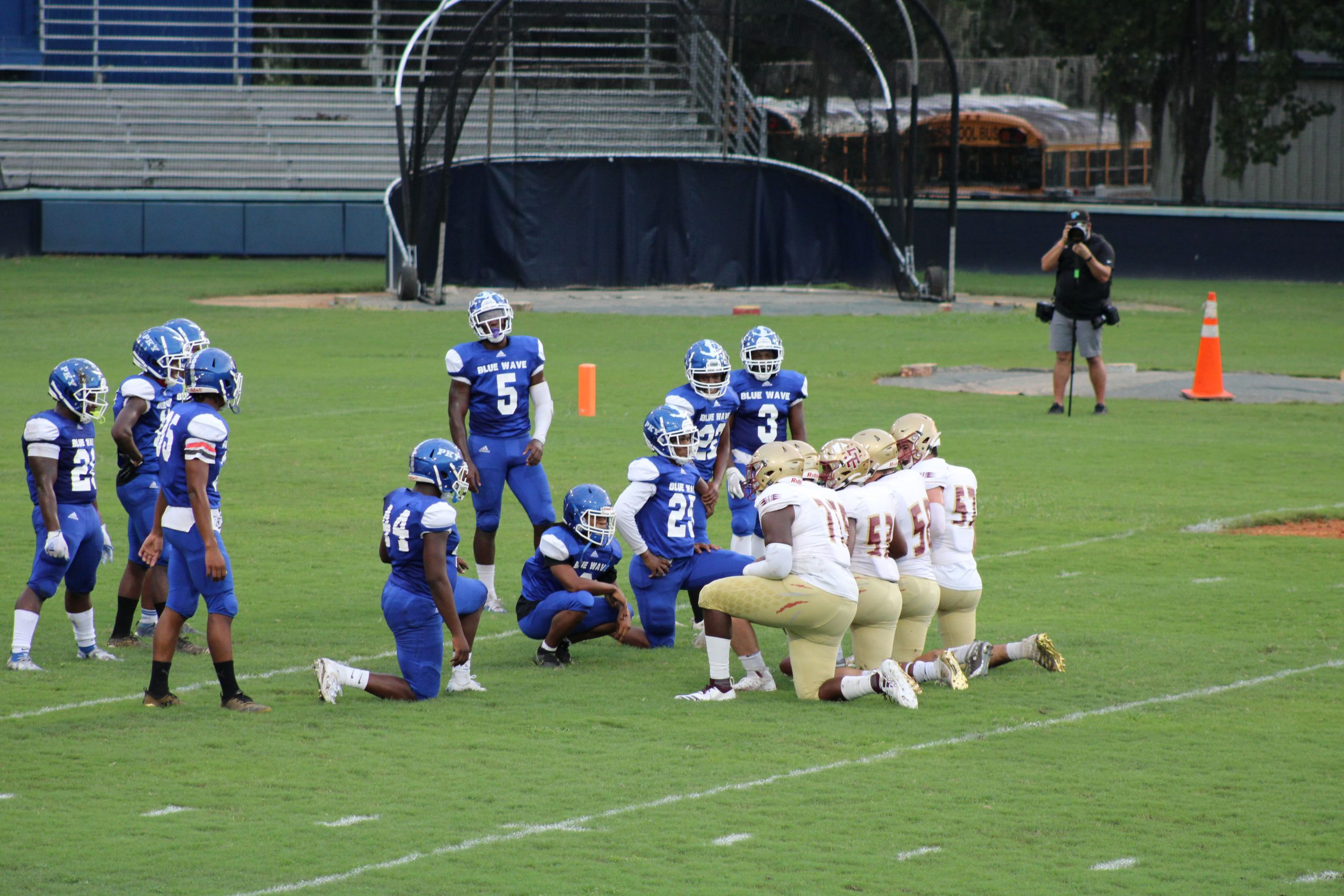 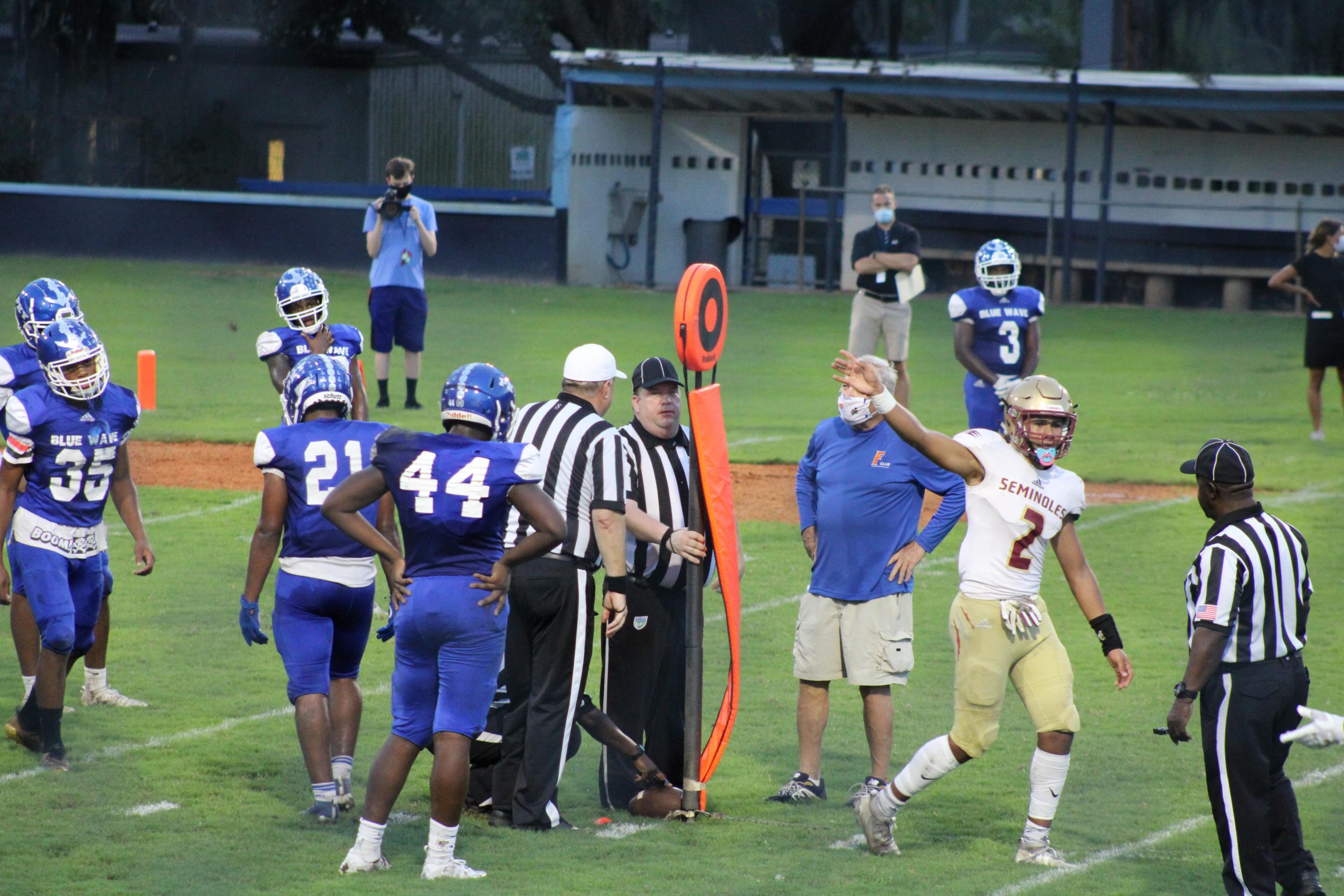 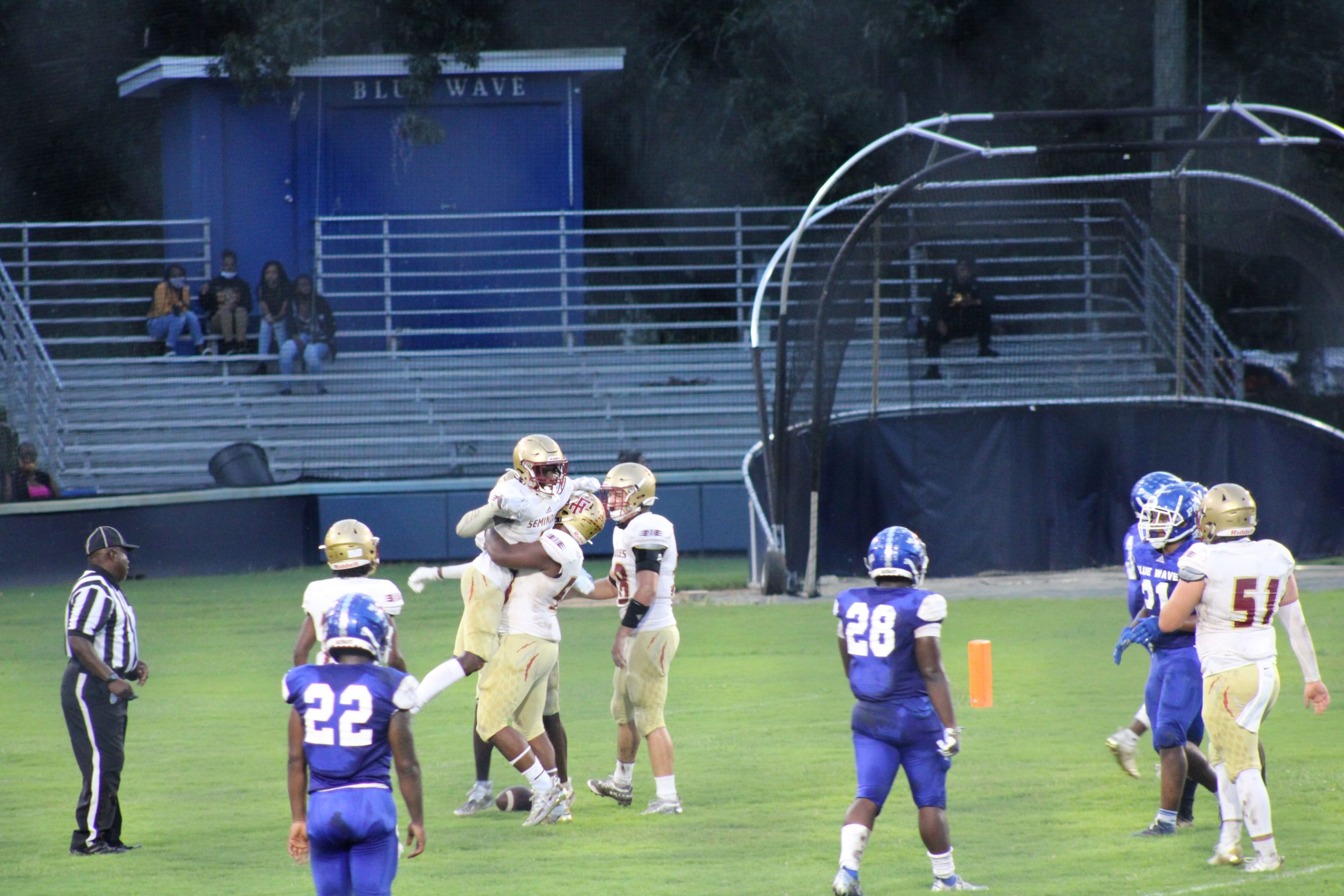 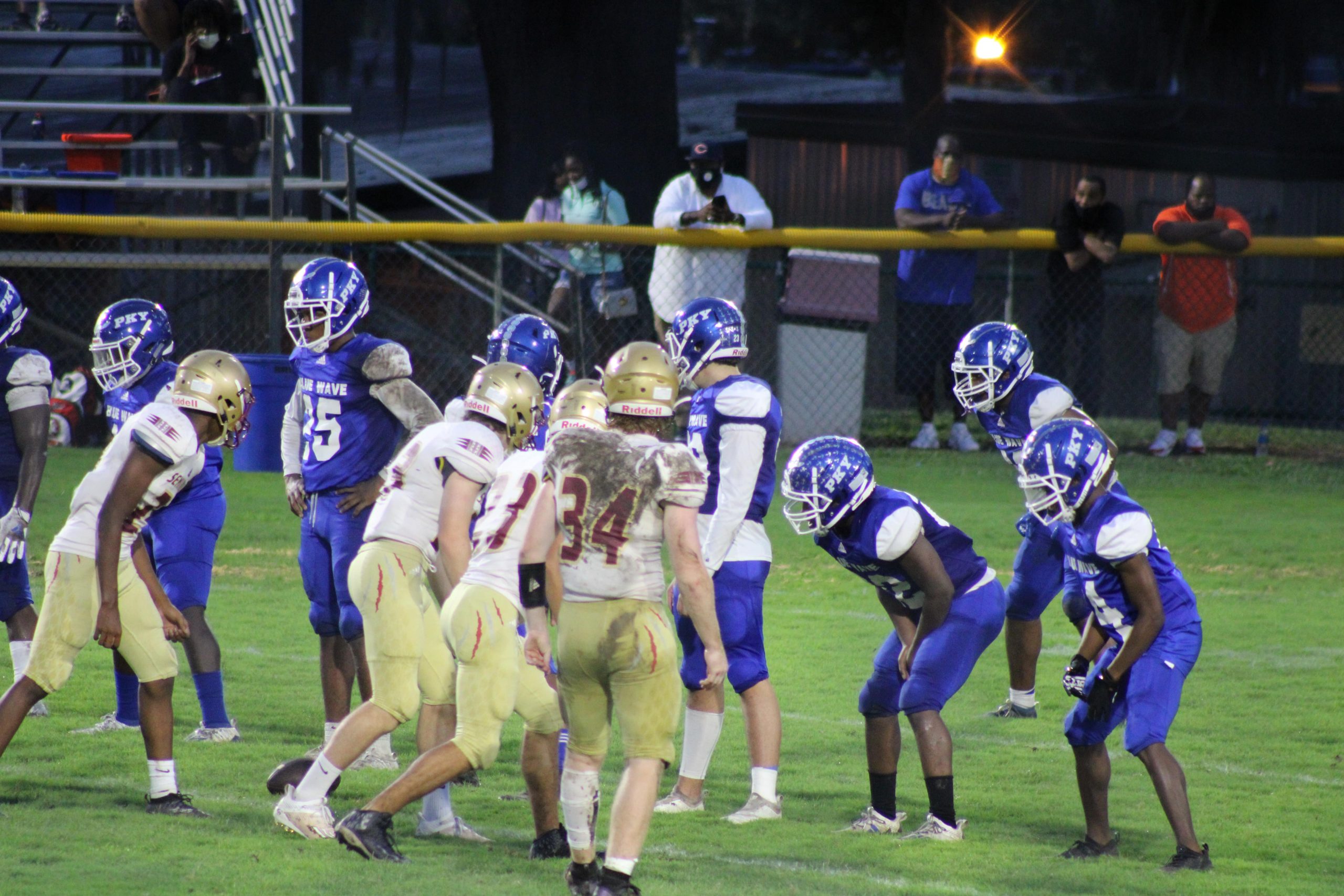 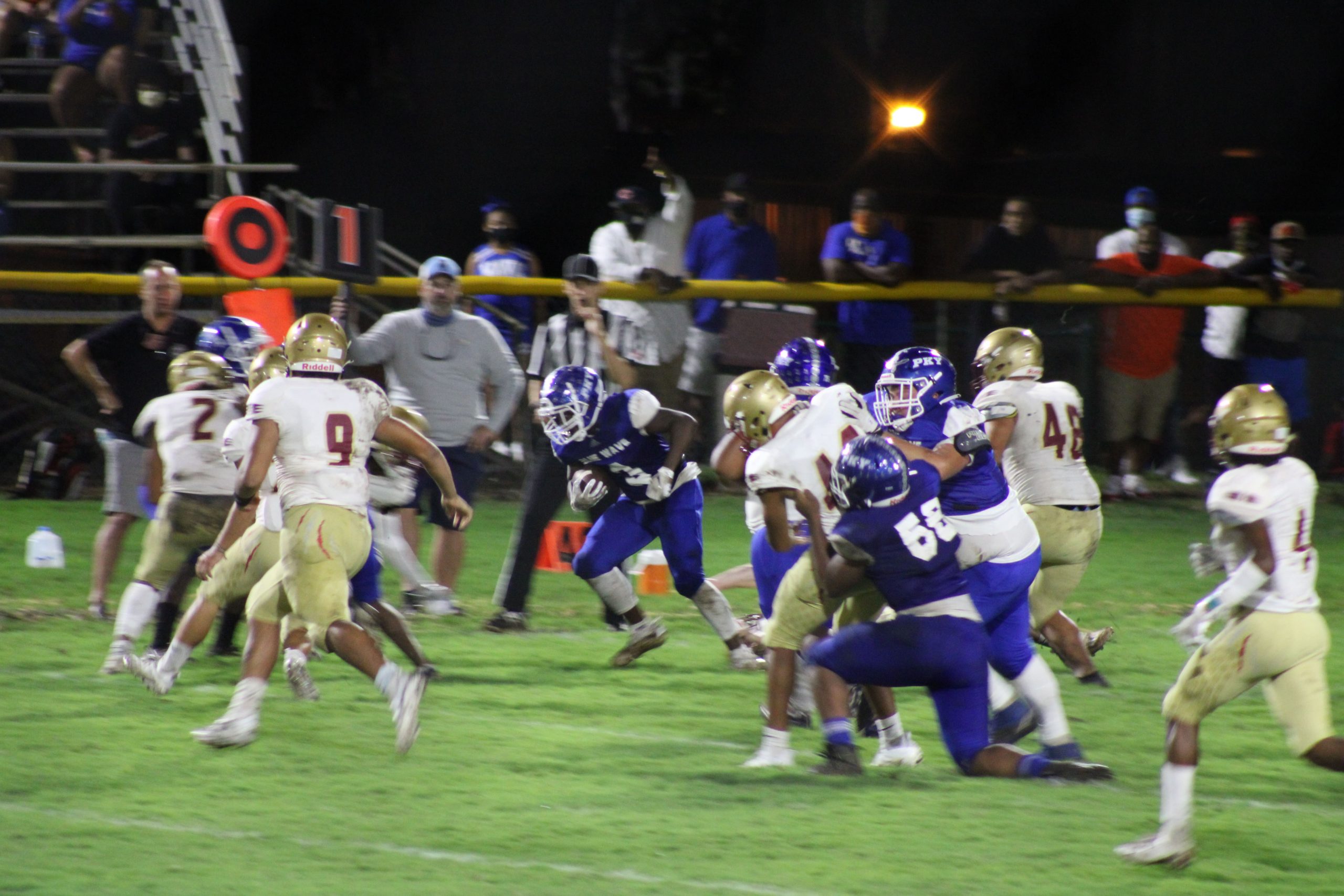 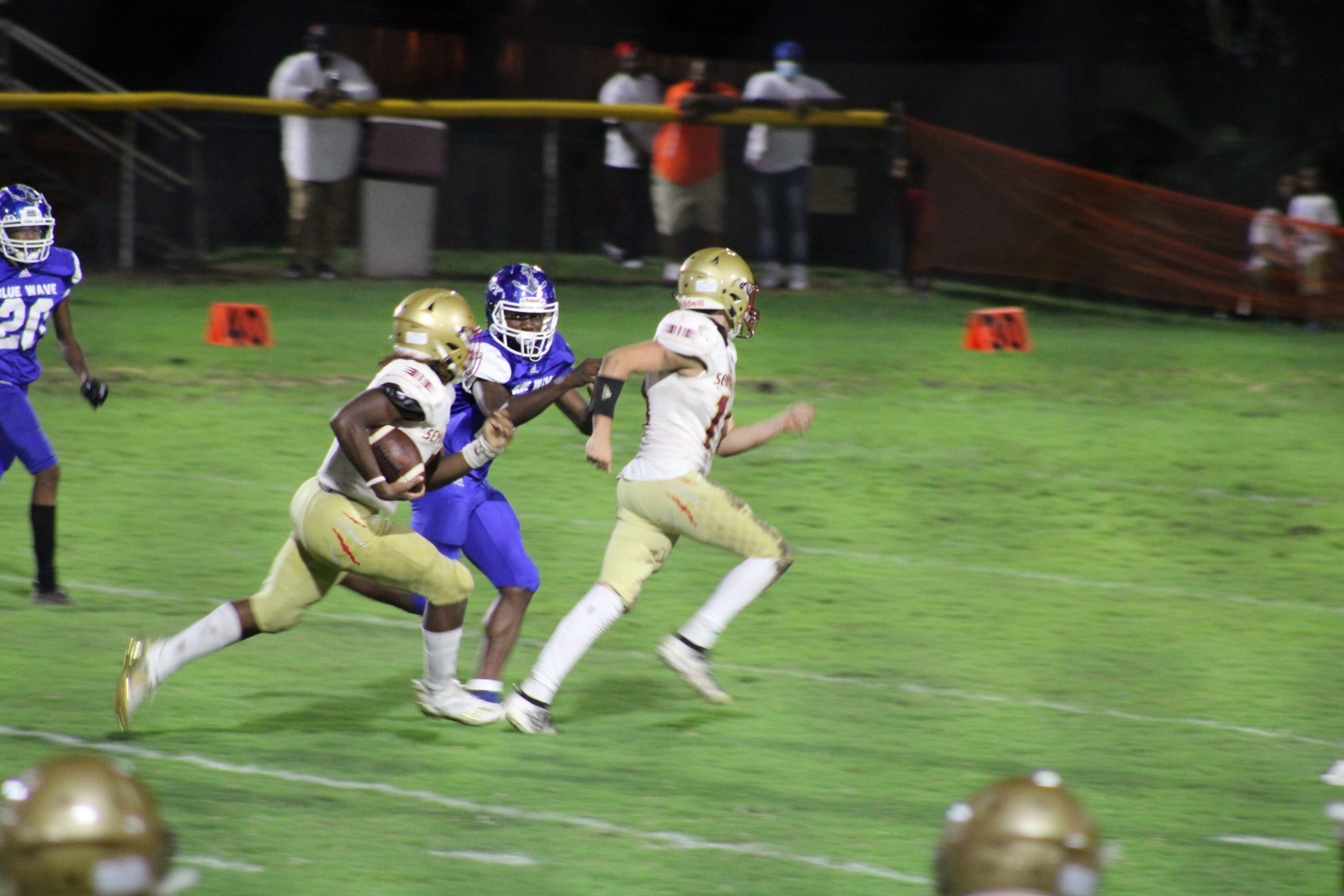 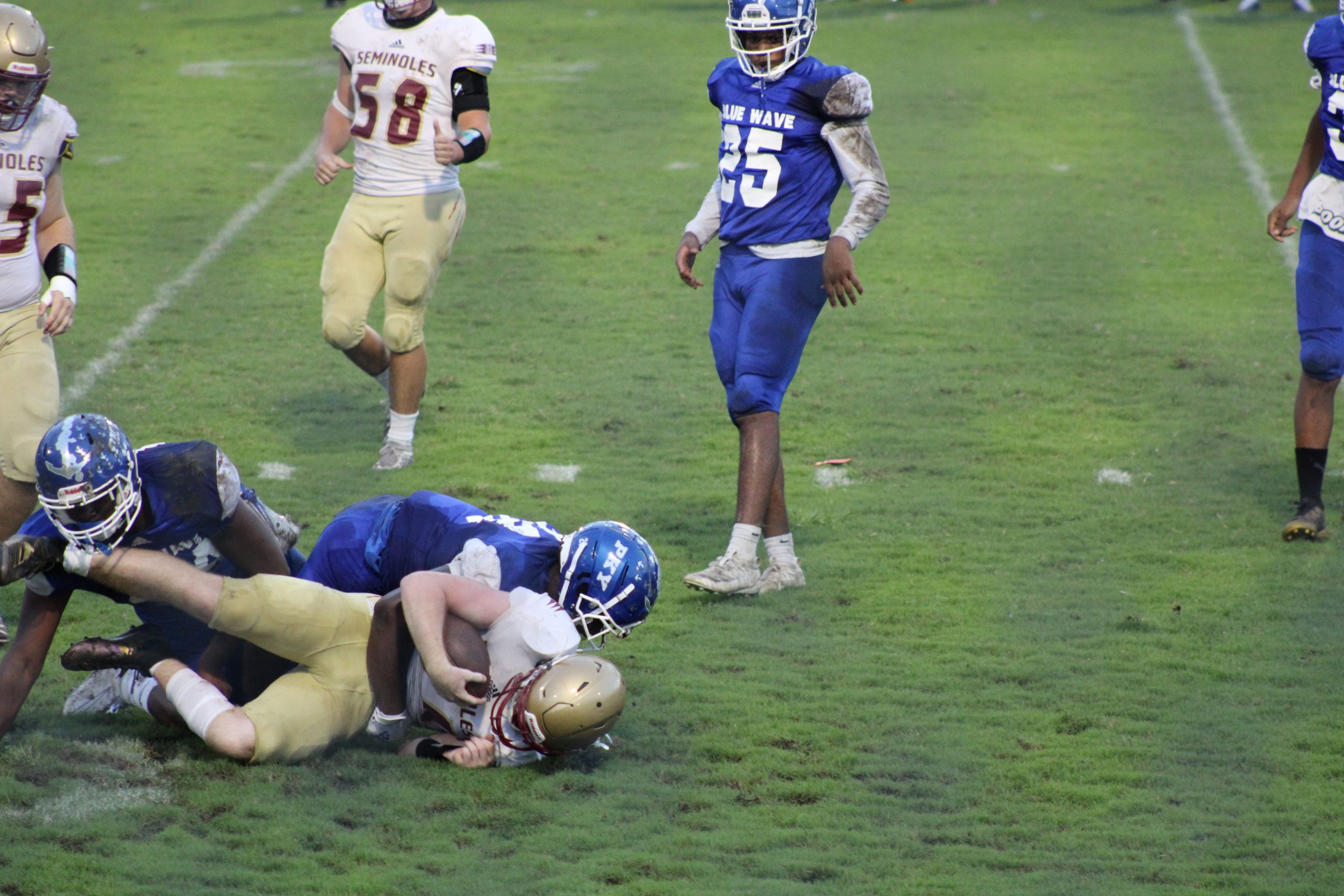 FSU High gave P.K. Yonge nightmares on the other side of the ball as well. The defense dominated, holding PKY to -2 rushing yards via 6 tackles for a loss. 2 of those came on consecutive sacks of Blue Wave quarterback Aaron Small Jr. late in the 3rd.

The home team’s drives were short all night, as the Blue Wave were forced to punt 6 times through the course of the game and only moved the chains twice.

The Seminoles will look for their second victory next week when they host their home opener against the number one team is Class 1A, Madison County (3-0).

Blue Wave football will look to get back on the right track in Alachua as they take on Santa Fe (1-2).

Caleb Wiegandt is a first-year Journalism student on the Sports and Media track in the University of Florida's College of Journalism and Communications. He has previous bylines in USA Today, Yahoo Finance, and The Louisville Courier-Journal before arriving at ESPN Gainesville. Caleb is a proud graduate of Holy Cross High School in southwest Louisville, Kentucky, where he was born and raised. You can reach Caleb at cwiegandt@ufl.edu.
@@CalebWiegandt
Previous SEC Football Predictions with Gene Chizik
Next Seminole crushes Gainesville on Hurricanes senior night