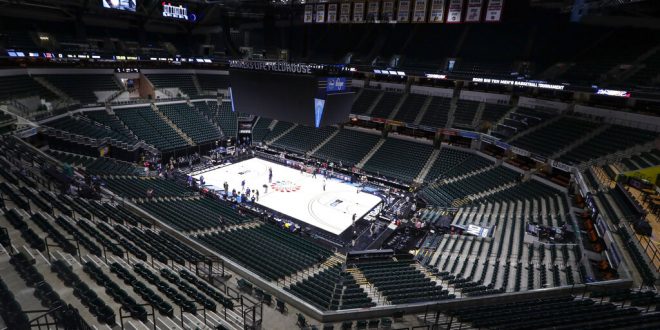 On Friday, the Maui Invitational announced that it will begin on Nov. 30th in Asheville, North Carolina. In addition, Bilas thinks that many early-season tournaments will be held in Orlando, at the massive site of the NBA’s bubble. He says that this shouldn’t pose too large of a challenge, as safety measures may be slightly less strict than the NBA’s:

Bilas also points to online classes as a reason why these bubbles will be possible.

Bilas also anticipates the return of March Madness to utilize multiple bubble environments. With COVID-19 looking increasingly unlikely to be a thing of the past by March, the NCAA has no choice but to prepare.

While the typical early-season tournaments will likely operate smoothly, keeping cases down for the entire season will no doubt be a major challenge.

One likely change, in Bilas’ mind, is a more regional approach to the regular season:

A likely result of this approach is the elimination of many non-conference games, as seen in college football. While this may help to an extent, it won’t keep cases down alone.

Many college football programs have already had to cancel games because of COVID and Bilas points to college football as a learning point. Memphis and Central Arkansas, for example, both experienced outbreaks after playing each other. Bilas is curious to see how conference decision-makers learn from occurrences like this before basketball starts:

The Big ten decided to start their football season once they had access to daily testing for the athletes – something that more conferences will likely try to utilize in time for basketball.

Despite the many questions that remain, Bilas praised the NCAA and conferences for their willingness to adapt and persevere. He recognized that leaders have done a good job in “not getting hung up on the optics,” despite the disapproval of many in the media. As he sees it, these sports are essential:

The massive amount of money that a high revenue sport such as basketball brings in makes a huge difference for universities. Bilas pointed to the long-lasting negative impacts that a lost season could bring to schools, such as potentially having to drop programs.

It remains to be seen whether college sports can operate, and thrive, under the cloud of a global pandemic. But with the right leadership, a successful college basketball season is certainly possible.