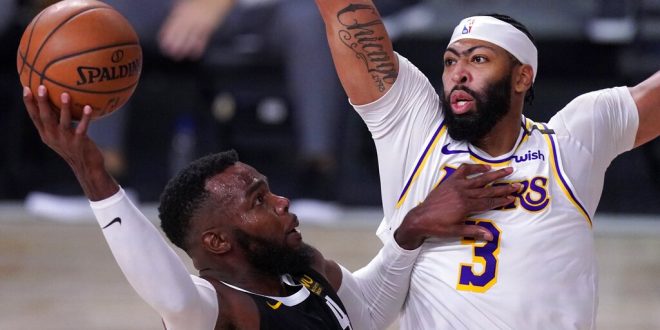 The Denver Nuggets will try to avoid their third straight 3-1 series deficit as they take on the Los Angeles Lakers in game 4 of the Western Conference Finals.

This series thus far a mirror image of what the first two were like for the Denver Nuggets; a big hole down early in which they’re going to have to fight back into it. On the other hand, the Lakers look to take a commanding 3-1 lead and move a game within the NBA Finals.

The storyline for each time so far has been their stars.

In Tuesday’s game 3 win for the Nuggets, Nikola Joikc and Jamal Murray both had 20-point double-doubles while Murray was two boards away from a triple-double. In fact, Denver could’ve been up in the series themselves if not for an Anthony Davis buzzer-beater in game 2.

Speaking of Davis, he and LeBron James will have to carry the Lakers, as usual, if they’re going to come out with the win tonight. James has been spectacular in the series with two double-doubles and a 30-point triple-double in game 3. Davis has been effective scoring but grabbed just two rebounds in Tuesday’s loss.

Both teams have a pair of stars but who else is helping these guys? This could be a huge factor in deciding not only tonight’s game but the rest of the series.

For the Nuggets, it’ll likely be Michael Porter Jr. or Jerami Grant. Porter Jr. was the third-leading scorer for the Nuggets in games 1 and 2 with 14 points and 15 points, respectively. Then in game 3, it was Grant who exploded for 26.

In addition, Monte Morris added 14 for Denver in their win. What this means, for the Nuggets to win game 4, people not named Jamal Murray or Nikola Jokic are going to have to step up.

Looking at the Lakers, it’s been a struggle all season to find consistent scoring options outside of Davis and James.

This series, that has changed. In all three games so far, Los Angeles has had at least two players, other than Davis and James, score in double figures. Whoever’s role players step up more could have a serious advantage in tonight’s game.

Another key to the game could be turnovers. No team has a big advantage in the series, the Lakers average 16.7 turnovers against Denver’s 17.7. But, if a team is able to limit their own mistakes, they could have an edge their as well.

One final interesting nugget to today’s game, pun intended, is the foul calling. Denver has shot 12 more free throws throughout the series and Los Angeles feels like their star, LeBron James, isn’t going to the charity stripe enough.

James is averaging just over three free throws per game in this series, he shot just two in game 3, versus the almost six on average he attempted in the regular season. It certainly is an interesting case and is something to keep an eye on.

This Western Conference Finals showdown is set to tip at 9 o’clock. 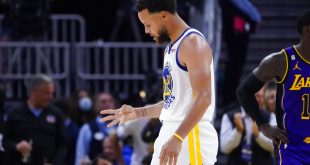