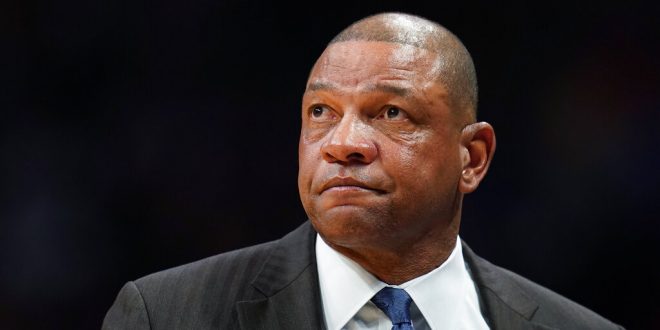 FILE - In this Jan. 12, 2020, file photo, Los Angeles Clippers coach Doc Rivers watches during the second quarter of the team's NBA basketball game against the Denver Nuggets in Denver. The Philadelphia 76ers have reached an agreement with Rivers to become their new coach. Rivers reached a deal Thursday to become the latest coach to try to lead the Sixers to their first NBA championship since 1983, a person with direct knowledge of the negotiations told The Associated Press. The person spoke to the AP on Thursday on condition of anonymity because the Sixers had not formally announced the move. (AP Photo/Jack Dempsey, File)

The Clippers fired Doc Rivers, who was their head coach, Monday after the team gave up a 3-1 game lead in the Western Conference Semi-Final against the Denver Nuggets.

He thanked Clipper Nation for the fan support throughout the years.

The 76ers fired previous head coach Brett Brown on Aug. 24 after being swept by the Boston Celtics in the first round of the Eastern Conference Playoffs. Brown served as Philadelphia’s head coach for seven seasons. As coach, Brown led the team through a rebuild before making the playoffs each of the last three seasons.

It didn’t take long for the Philadelphia 76ers to hire Doc Rivers as their head coach. According to ESPN’s Adrian Wojnarowski, it took just over 24 hours. The deal came just three days after the Clippers parted ways with Rivers.

After a rapid courtship and negotiation, Doc Rivers has reached agreement on a deal to become the next coach of the Philadelphia 76ers, sources tell ESPN.

According Wojnarowski, Sixers general manager Elton Brand reached out to Rivers and his agent on Monday to see what interest Rivers had in the teams head coaching vacancy. Rivers then flew to Philadelphia where Brand and the Sixers’ ownership met with Rivers on Wednesday. Both sides moved quickly towards making a deal.

Doc Rivers was on a plane from LA to Philly "within 24 hours of losing his job."@wojespn on why the 76ers were the best option for Rivers out of all the jobs available. pic.twitter.com/LzI8XtNBbr

Rivers contract is reportedly a five-year deal. No other details about the contract have been released.

Joel Embiid and other Philadelphia players expressed their excitement on working with their new coach.

Welcome to the city of Brotherly Love Coach @DocRivers !!!! Excited for the future and what we’re building here #PhillyForever

During Rivers time in Los Angeles, he led the team to a 356-208 record, or a 63% win percentage. The teams record was fifth best in the NBA during that span, and the best for a team that failed to reach the Conference Finals.

Rivers job with the Sixers will be his fourth head coaching job in the NBA. First, Rivers coached the Orlando Magic from 1999-2003 before then coaching the Boston Celtics from 2004-13. He spent the last seven years coaching the Los Angeles Clippers. During his time with the Magic, Rivers won the NBA Coach of the Year in 2000.

Accepting the job with Philadelphia, Rivers now returns to the Eastern Conference Atlantic Division where he hopes to claim the divisional crown over his old team.

In addition to his 21 years of of head coaching experience, Rivers also has 14 years of experience playing in the NBA.

Audio in this Article is courtesy of ESPN and ABC. 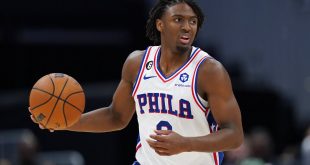 It is often said that the cream of the crop rises to the top, but …