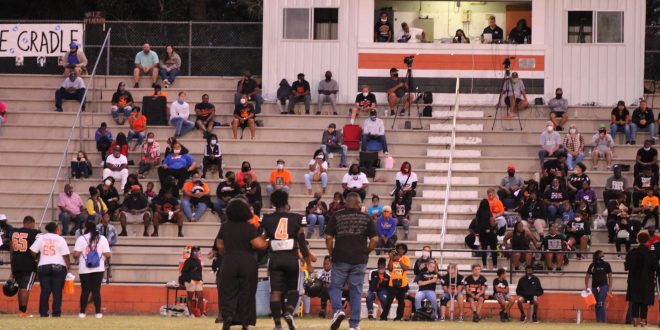 Hawthorne Beats P.K. Yonge In A Thriller, Despite Mishaps

Hawthorne did not take the easiest road to victory Friday night, but when it came time to win, Coach Cornelius Ingram’s team got the job done.

Finally back in action after two weeks of inactivity due to COVID-19 concerns, the Hornets (3-0) took down visiting P.K. (2-3) Yonge in a 14-13 thriller to stay undefeated.

Despite being outgained on the ground and through the air in addition to four costly turnovers, Hawthorne stunned the Blue Wave defense in the 4th quarter, scoring 14 unanswered to end the game.

Hawthorne was held scoreless for the first 3 quarters of the game, but two late touchdown passes from junior quarterback Chaz’ Mackey (11/31, 74 yards) to junior receiver Camron Cohens (5 receptions, 49 yards) helped the Hornets storm back to win on their senior night.

The Blue Wave had an effective quarterback-receiver tandem of their own. Both of PKY’s scores were touchdowns from junior Aaron Small Jr. (6/14, 62 yards, 2 touchdowns) to junior Jontez Williams (4 receptions, 94 yards, interception).

Making It Count In Crunch Time

36 minutes went by, and still, no Hornet players had reached the end zone. In the 4th quarter, Hawthorne more than made up for their prior inactivity.

Good field position assisted the Hornets on their first scoring drive. Mackey completed 6 of his 7 passes on that run after Hawthorne began their work on P.K. Yonge’s 47-yard line due to a short punt.

Later, it was Camron Cohens who would again answer the call, returning the Blue Wave punt 53 yards helping start the drive near the 10-yard line. Mackey’s 2nd touchdown pass to him and Mackey’s 2-point conversion put Hawthorne on top for good. 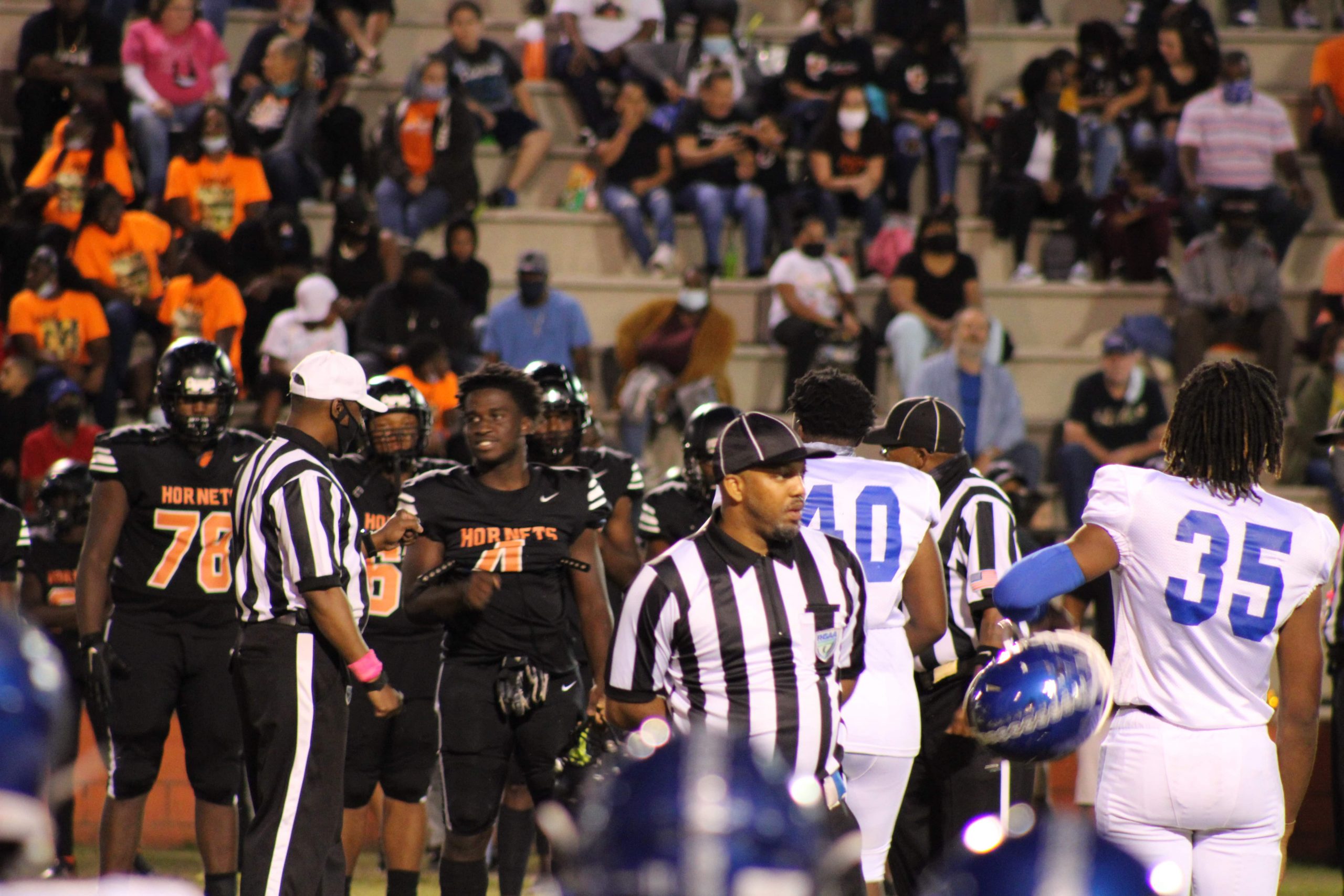 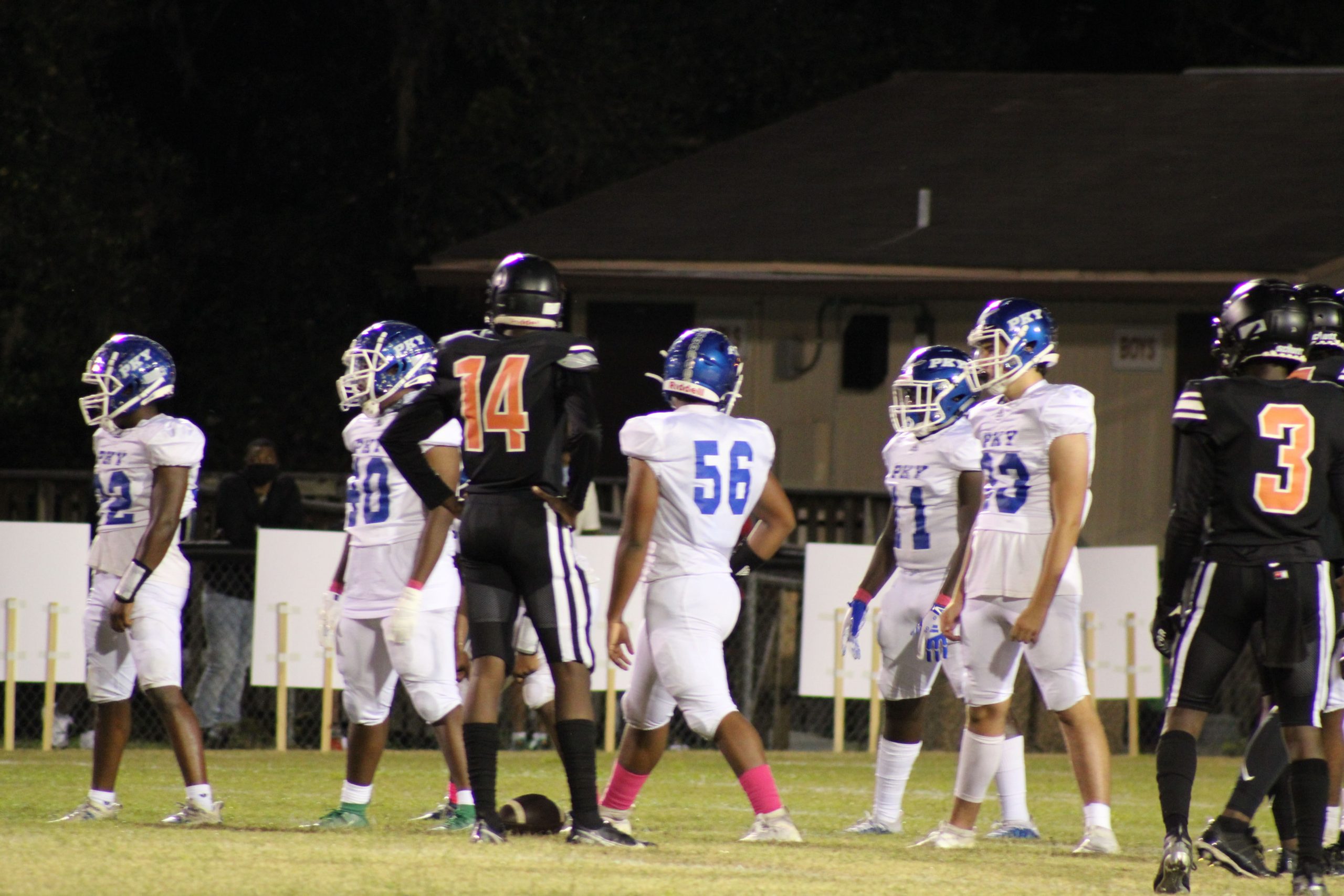 On their first handful of drives, Hawthorne was severely hindered by offensive sloppiness. The Hornets committed 3 total turnovers on the game, 2 in the 3rd quarter alone.

Mackey was the main culprit behind the errors, throwing his first pick near the red zone early in the 2nd quarter. He would make an almost identical mistake on Hawthorne’s second drive in the 4th quarter.

A solid kickoff return from Johnquavis Jones was spoiled by a Hornet fumble recovered by the PKY defense late in the 3rd quarter. Hawthorne would come out more focused from then on, ending the game with their two successful touchdown drives.

Hawthorne will look to stay undefeated next week on the road against Division 4A Bradford (1-4).

P.K. Yonge also travels next Friday night, this time to take on Class 1A Taylor County (2-2).

Caleb Wiegandt is a first-year Journalism student on the Sports and Media track in the University of Florida's College of Journalism and Communications. He has previous bylines in USA Today, Yahoo Finance, and The Louisville Courier-Journal before arriving at ESPN Gainesville. Caleb is a proud graduate of Holy Cross High School in southwest Louisville, Kentucky, where he was born and raised. You can reach Caleb at cwiegandt@ufl.edu.
@@CalebWiegandt
Previous Eastside Rams Fall to 0-4 on the Season
Next Gators Beat South Carolina in Home Opener