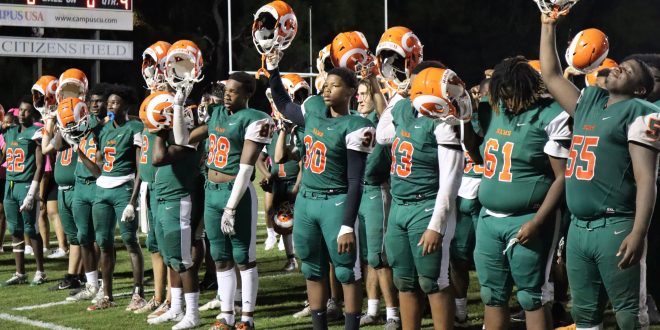 Eastside Rams Fall to 0-4 on the Season

The Eastside Rams hosted the Clay Blue Devils on Thursday, October 1 at Citizen Field. The Blue Devils traveled from Green Cove Springs looking to continue their unbeaten run. The Eastside Rams were looking for their first win of the season with new Head Coach Alex Deleon. 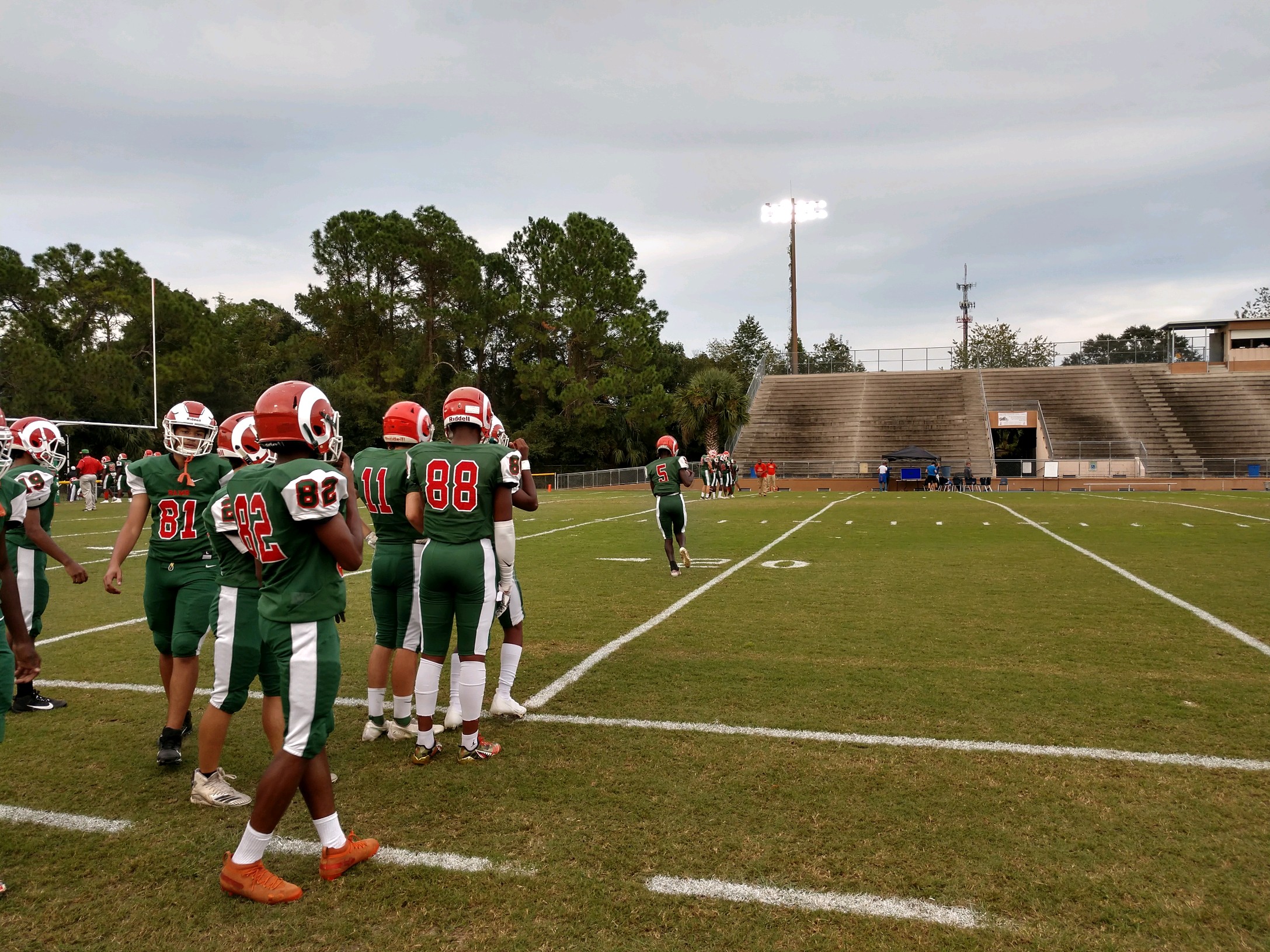 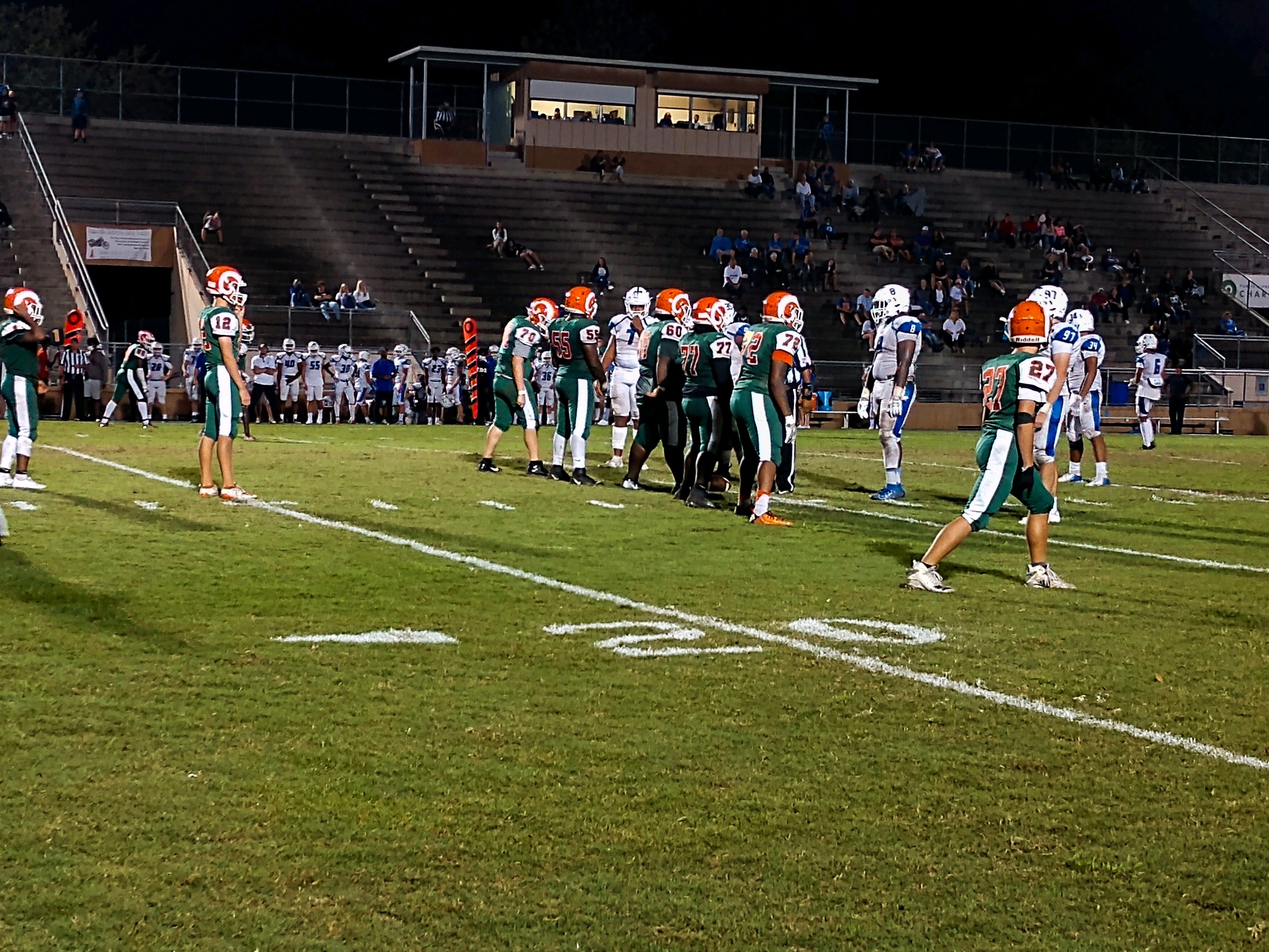 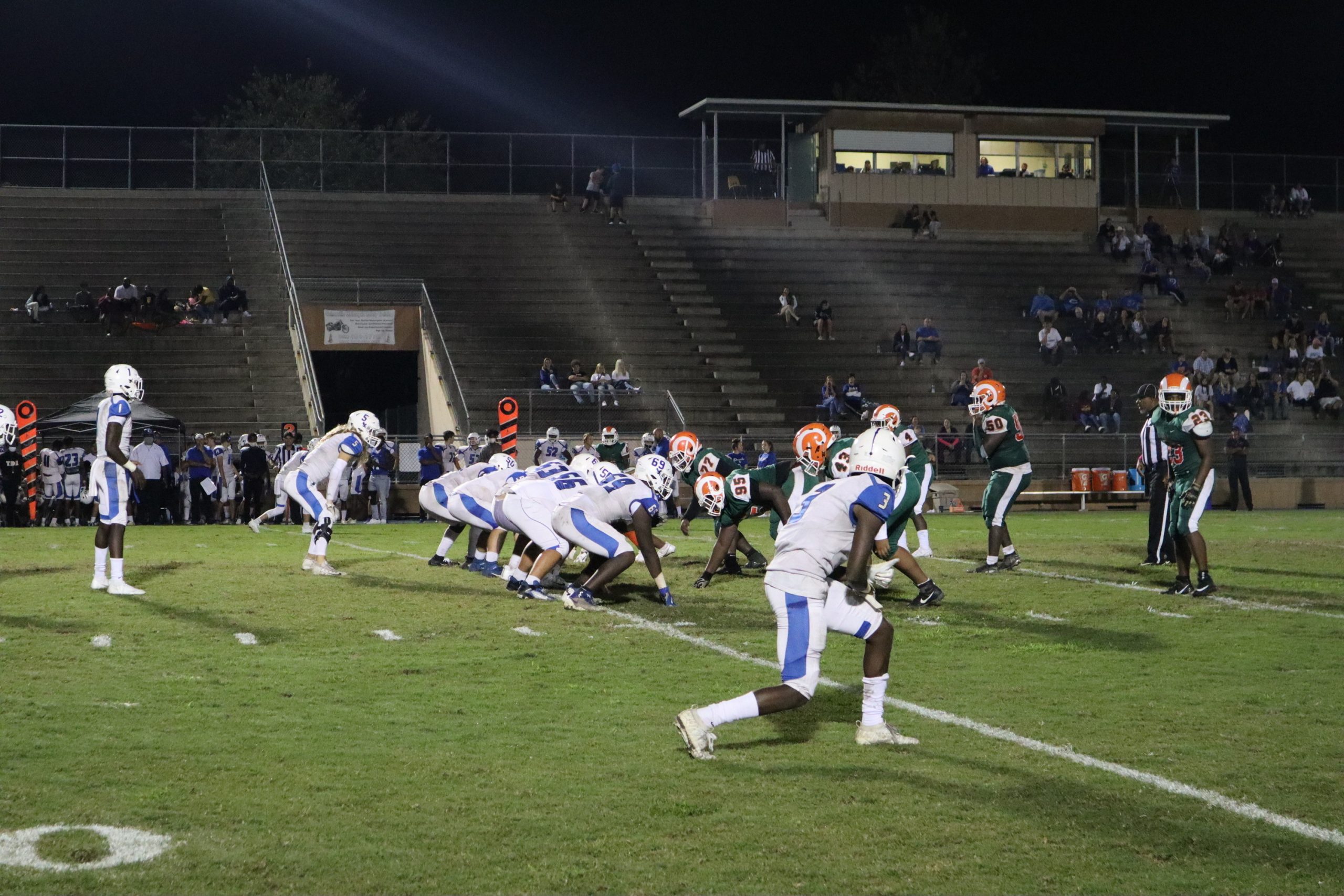 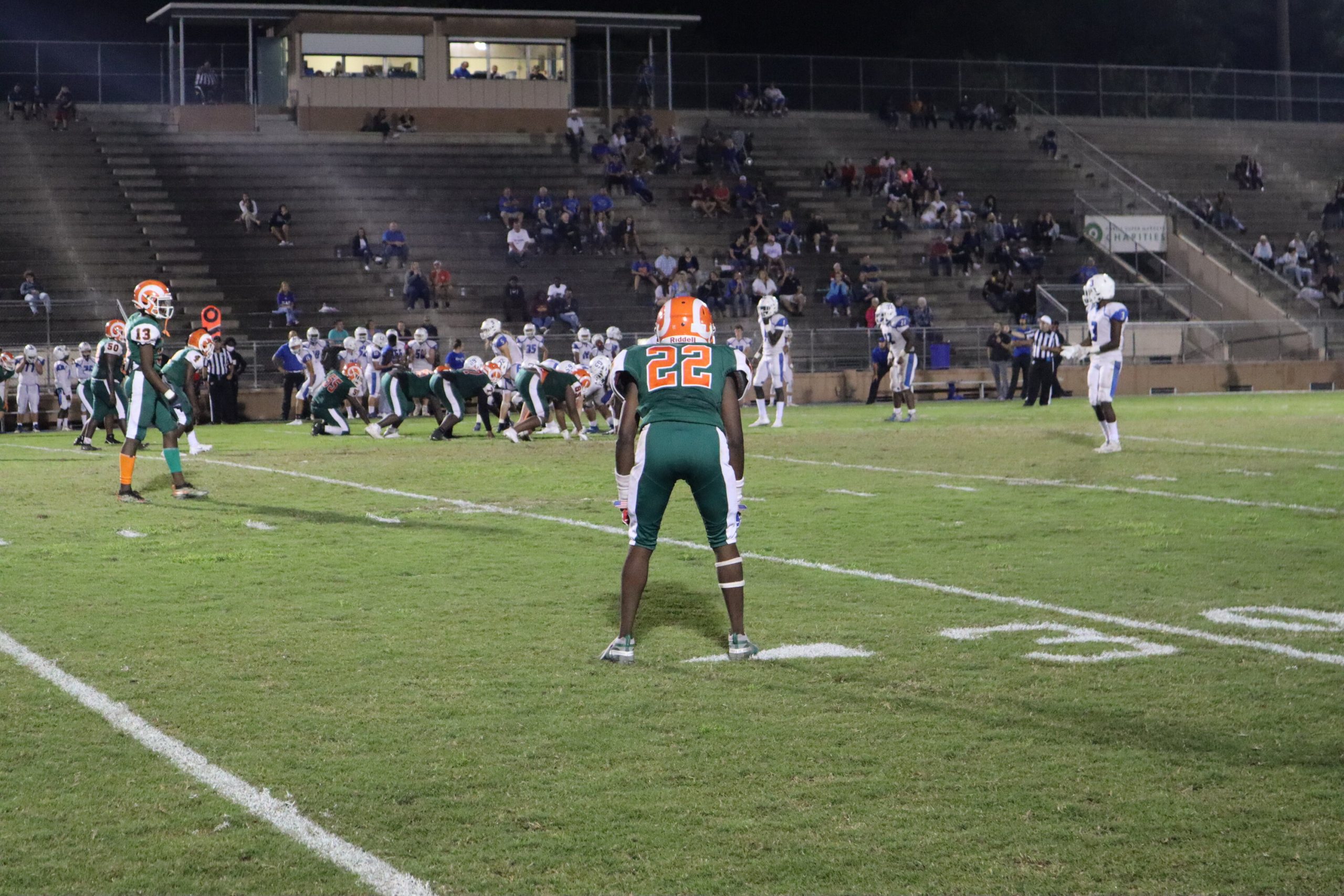 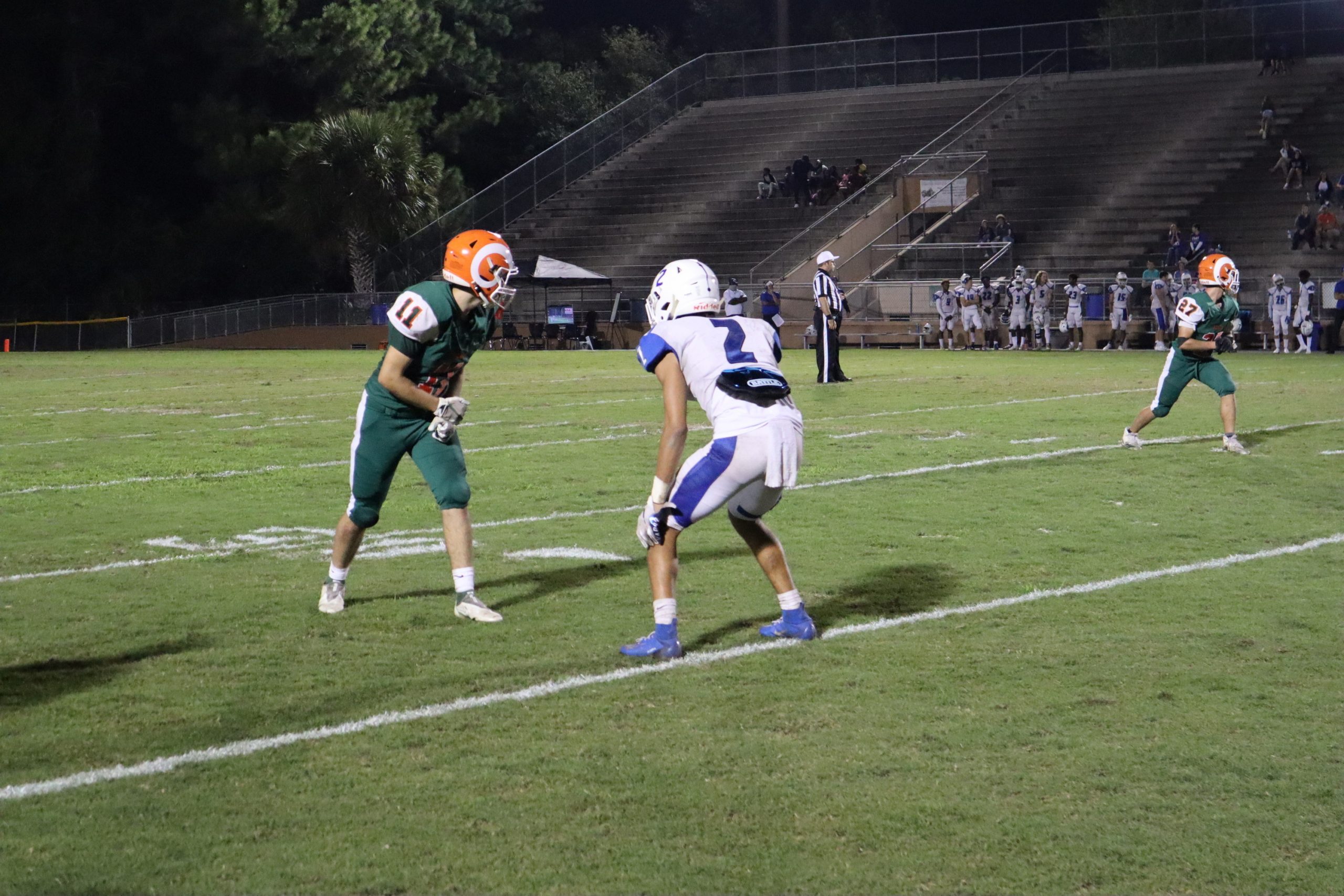 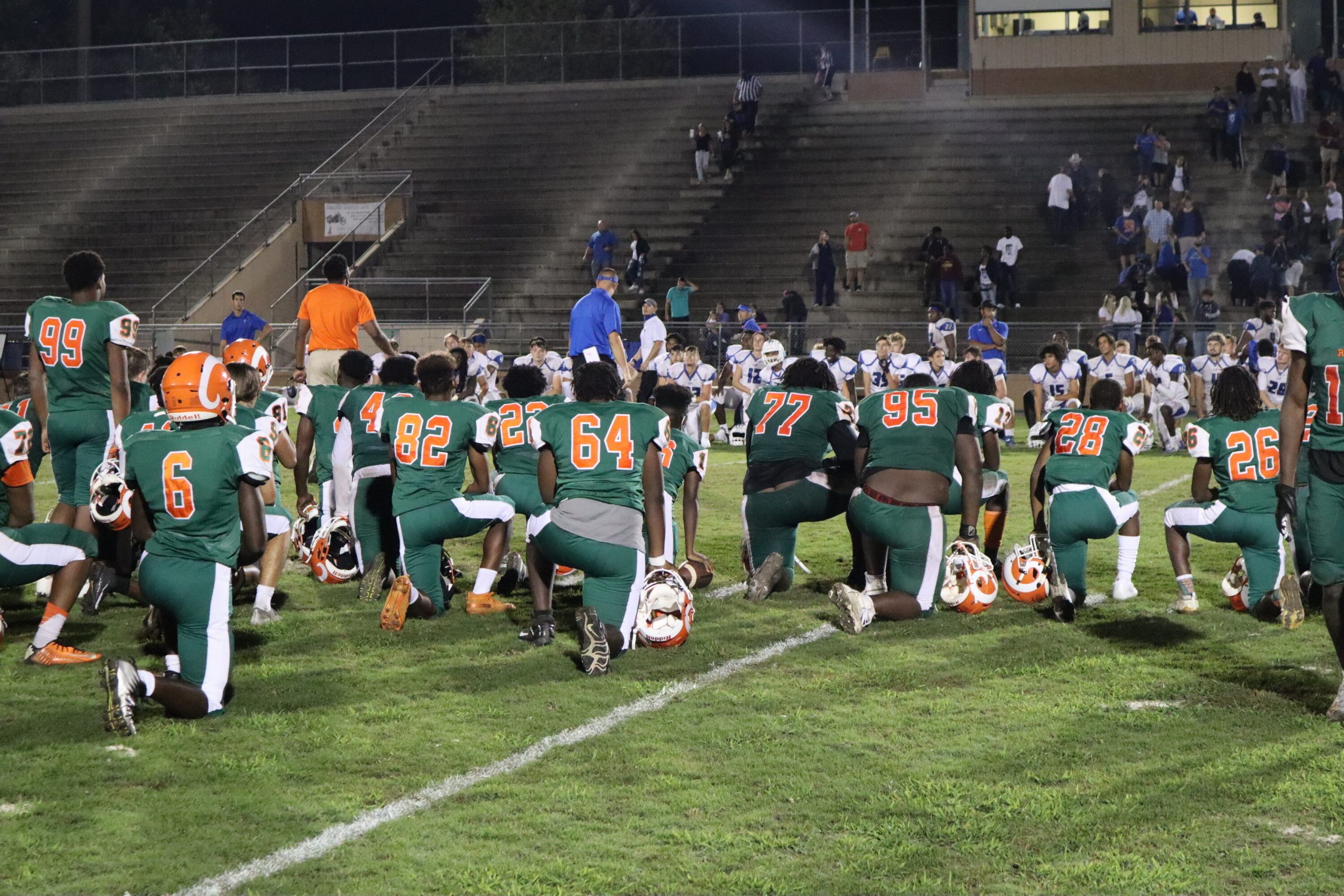 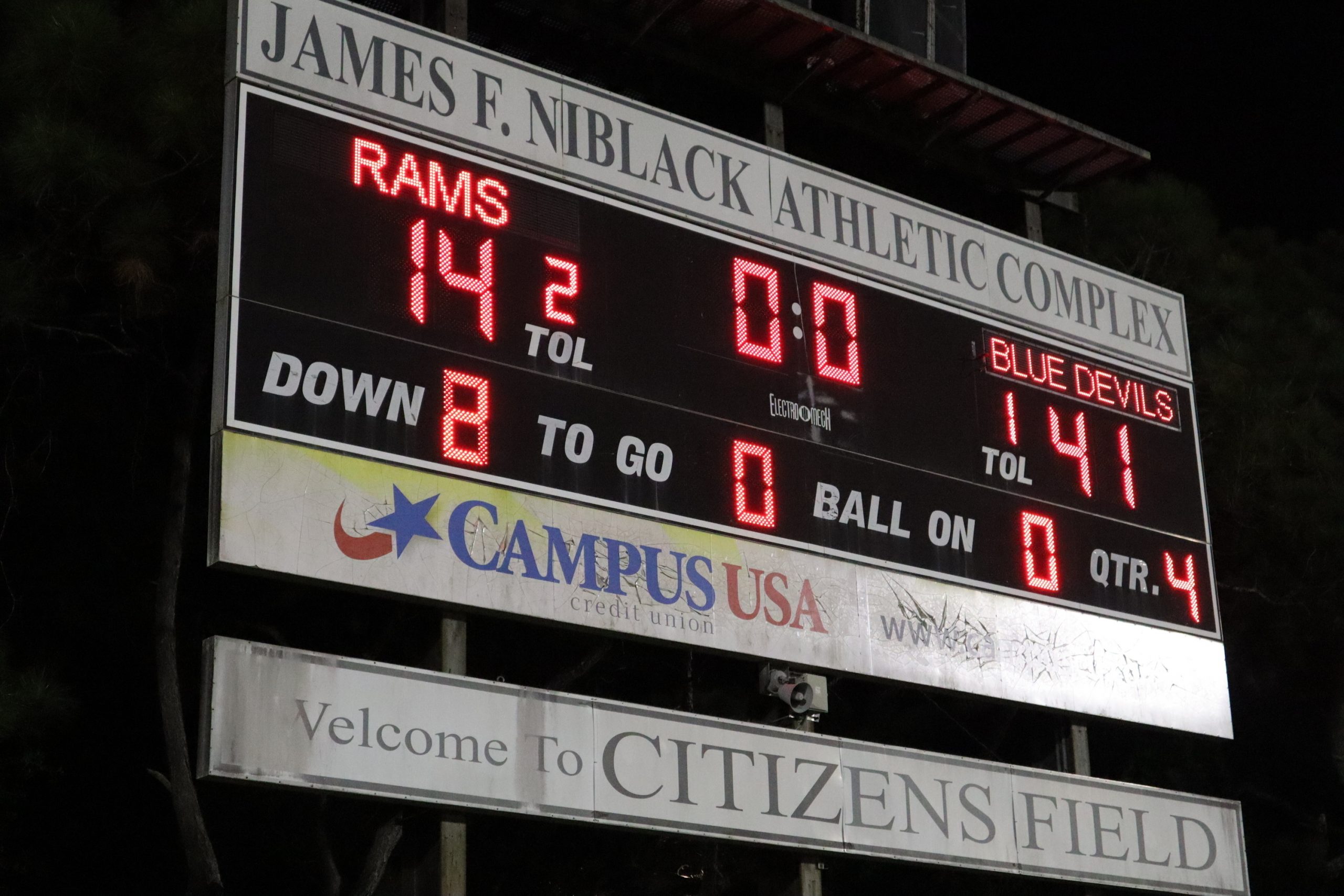 Eastside started off the game with a Breakaway run from Keonte Macon in the first quarter to give the Rams a 7-0 lead. However, after the first rushing touchdown, Eastside was shut out until the fourth quarter.

Despite surrendering 7 points in the 1st quarter, the Clay Blue Devils scored 41 unanswered to secure the victory at Citizen Park.

The game began to get out of hand as a fumble by Rams QB Holden Johnson on the one-yard line made the game 20-7 before the half.

A dominant display of offensive line play from the Clay Blue Devils as they bullied the Eastside Rams up front in the trenches, allowing the skill position players to shine.

The Rams were able to score one more time in the fourth with a 70-yard touchdown run from Keonte Macon with 2:01 remaining. However, it ended up being too little too late as Clay moved to 3-0 and Eastside fell to 0-4.

Furthermore, Al’querious Ray was named the player of the game as he ran circles around the Rams defense. Ray rushed 17 times for 125 and two touchdowns as well as catching one reception for 64 yards and a touchdown.

As a result of the loss, special teams player Jamo Williams provided his real but honest take to the winless start.

After a bye week, the 0-4 Eastside Rams look to gain their first win of the season traveling to a 2-1 Ridgeview team in a non-conference game.

Photography was done by Ethan Sanabria and Noga Brauner. You can follow us on twitter @ethansanabria and @nfrshlicha

Ethan Sanabria is a second-year telecommunications student on the digital film and television production track at the University of Florida's College of Journalism and Communications. He has previously worked as a broadcaster for the Florida Flight basketball team and currently helps the production of WUFT news facebook lives. You can reach Ethan on any of his social media or at Ethansanabria@ufl.edu.
@ethansanabria
Previous 4th Quarter Performance Not Enough for the Williston Red Devils
Next Hawthorne Beats P.K. Yonge In A Thriller, Despite Mishaps