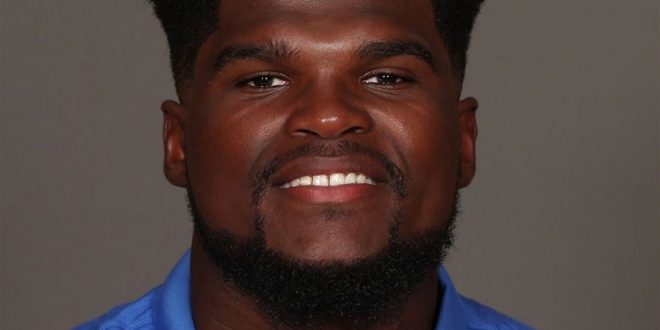 It was a whirlwind offseason for the Florida Gators. Lost in translation of this obscure, extended offseason was the transfer of ex-Mississippi State Offensive Guard Stewart Reese.

Reese, the older brother of Gators linebacker David Reese, announced his transfer to Florida in May. The 6-5 340 lb guard, on his fifth and final year of eligibility, discusses his path to Gainesville below.

Reese originally committed to Mississippi State in 2016 under Dan Mullen.

Living in Fort Pierce at the time, Reese set his eyes on playing at Florida. However, due to a miscommunication Reese committed to Mullen and co., playing two full seasons under Mullen and John Hevesy.

Reese’s commitment filled a position of need for the Gators.

In Reese, Florida added a lineman with over 30 games of SEC experience. Reese’s experience has proved invaluable for the Gators, and the fifth-year senior says it gives him confidence.

Given, Florida runs a very pass-heavy system centered around Trask and Pitts. However, Reese believes that the Gators offensive line will get the run game going.

Reese has breathed new life into a unit that struggled a year ago for the Gators. Not only his play, but Reese’s confidence and leadership have improved John Hevesy’s unit from a year ago.

Reese and the Gators offensive line return to action this Saturday against Texas A&M. The unit looks to improve on last week’s rushing performance, only putting up 80 yards on the ground.

Sam Petosa is a Journalism major pursuing a Specialization in Sports and Media at UF. The South Florida native produces daily shows for WRUF, including "Sport Scene with Steve Russell, and "The Tailgate." In addition, Sam provides weekly sports updates for WUFT News and radio Sportscenter's for WRUF radio. Sam has been a writer at ESPN Gainesville since January 2020.
@sampetosa5
Previous Kansas City Stifles New England to Remain Undefeated
Next Texans Fire Head Coach Bill O’Brien