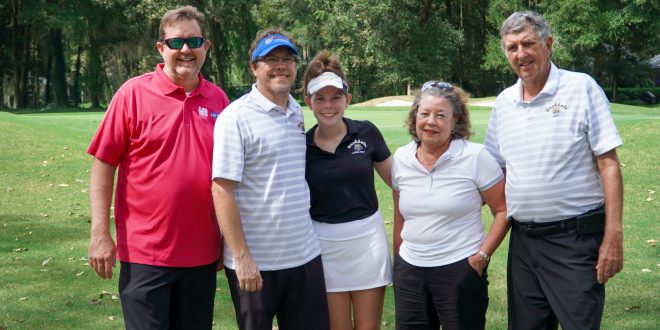 Darr’s father, John, competed with the Florida Gators golf team and won a national championship in 1968. He later coached the Gators from 1979-1980.

Growing up, Jill didn’t play golf, but after starting high school, she decided to follow in her father’s footsteps and asked him to begin coaching her. Her dad expressed that golf wasn’t something that can be picked up easily, but she replied, “don’t worry, you can teach me over Christmas break.”

Jill secured a spot with the Buchholz Bobcats, and by her senior year, she excelled at the sport, earning the award for golfer of the year and a scholarship to play at the University of South Carolina.

After graduating from USC, she began teaching high school and coaching the golf team. Her brother, John, said that “she loved trying to help other kids play the game and learn how to play the sport,” so renaming the tournament was an immense honor to them.

Jill’s daughter, Carlie Rowell, is a senior golf player at Buchholz and the last of the family to participate in the invitational. Rowell told us that she, “like[s] getting to compete and [honor her mom].”

Before the players teed up at hole one, Ellard encouraged the teams to have fun and enjoy one another’s company before competing next week in the district tournament. The Darr family reminded the athletes to enjoy each day and never take it for granted.

Freshman star, Braydn Smith says that “Carlie is one of my good friends and I just [want] to play well for her.” Smith finished the tournament second with a score of 70. Carlie Rowell also had a good day with a score of 81. 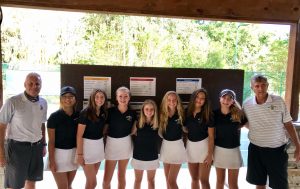 It was a great day on the green full of family and friendly competition. Buchholz ended the day in second overall with a score of 331.

The Buchholz Girls Golf team will compete in the District tournament next week in Tallahassee, starting Monday, October 12th at 9 am.

Bryson DeChambeau Wins The US Open

The US Open Championship came to an end last Sunday, as American golfer Bryson DeChambeau …