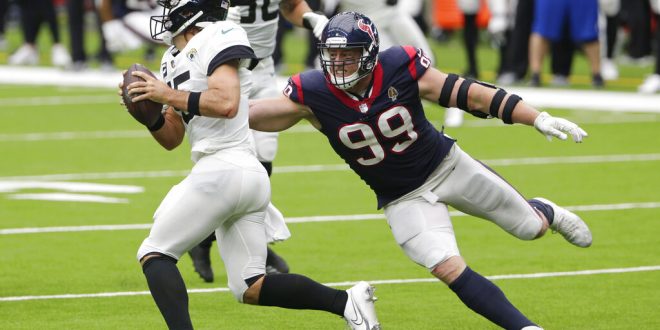 The Jacksonville Jaguars are looking for answers after Sunday’s 30-14 loss to the formerly 0-4 Houston Texans. The 1-4 Jaguars have now lost four of their last five games consecutively since a Week 1 victory against Indianapolis.

With four defensive starters out with injuries, the Jaguars had no margin for error on Sunday. The Texans came in 0-4 and had recently fired former head coach and general manager Bill O’Brien. However, they performed just fine under interim coach Romeo Crennel.

The Texans were determined to contain Jaguars wide receiver D.J. Chark on Sunday. The Jaguars’ main deep threat had only three receptions for 16 yards. Unfortunately, he limped off the field in the fourth quarter with what was reported to be an ankle injury.

The Jags offense was efficient in the middle of the field, with quarterback Gardner Minshew going 31-of-49 for 301 yards and two touchdowns for Sunday.

The first quarter of the game was a punting exhibition. Both teams were constantly punting it away to each of their respective possessions.

The Jags then answered with a 12-play-drive of their own. Minshew found Keelan Cole in the corner of the end zone for the first touchdown of the day.

After a quick shot from Houston with tight end Darren Fells to go up 10-7, the Jags were determined to tie the game. Kicker Stephen Hauschka, who hadn’t played since being signed in Week 3, missed the 24-yard chip shot.

With Myles Jack and CJ Henderson watching the game from the sideline, the defense made some key stops early in the game and forced turnovers late. The problem in this loss was the inability to take advantage of opportunities when presented.

A dime from Minshew to Johnson on the Jags first drive of the fourth quarter kept things close, but Watson and the Texans answered right back for the pull-away score.

The productive plays that were negated are what coach Doug Marrone says were the unfortunate “key to the game, not being able to take advantage.”

The 1-4 Jaguars will next face the Detroit Lions in Jacksonville. 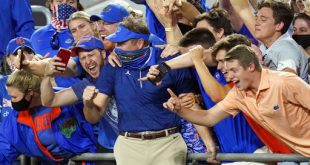 For Kemore Gamble and the other Gator tight ends, the hole left by the irreplaceable …