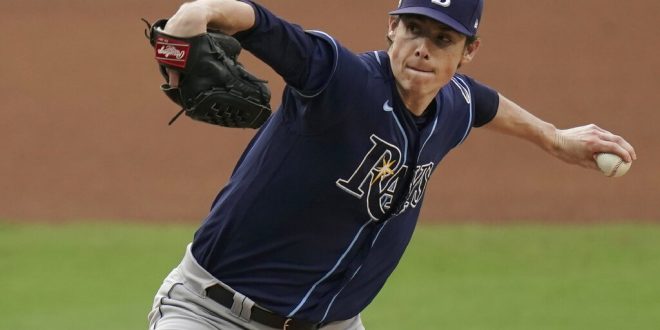 It’s fun seeing someone pitch for their childhood team. It’s even more fun when there’s a local connection.

Rays pitcher Ryan Yarbrough received the call from manager Kevin Cash to start game three of the ALCS. Yarbrough, who went to high school in Polk County, has ties to the Gainesville area. He played college ball at Santa Fe College in 2011 and 2012, before transferring to Old Dominion.

Yarbrough took major steps in his big league development as a member of the Saints. Santa Fe baseball head coach Johnny Wiggs said Yarbrough began his college career in the mop-up role. While Yarbough is not known as a power pitcher now, Wiggs said he entered college with a velocity around only 83 mph. Wiggs also added the lefty finished his first season with a 7.79 ERA.

However, Yarbrough kept working hard and turned it around the following season. In his sophomore season, Yarbrough joined the Saints rotation. He finished with a record of 8-1 and a 2.15 ERA.

Wiggs said that Yarbs is an example of someone making it to the big leagues through hard work. Scouts even question if they flat out missed the young pitcher.

Fast-forward to the latter half of the decade, and Yarbs is a key player on the Rays pitching staff. Wiggs said he noticed that Ryan Yarbrough goes a little unnoticed on the Rays. However, he’s still shown he’s a top pitcher for the team.

Entering game three, Yarbrough has made three postseason appearances. However, this will be his first start. In this first start, he has the chance to come up big for the Rays and put them within a win of the World Series.

Harrison is a sports coordinator at ESPN 98.1 FM/850 AM WRUF. He served as a beat writer for Florida Gators football for the 2019 and 2020 seasons. He also contributes to WRUF's Gainesville Sports Center segments and makes appearances on the Clash on Harp on Sports. Harrison has been a content writer for WRUF since January 2019 as well.
@HarrisonSmaj
Previous Saints Erase 17-point Deficit to Beat Chargers in OT
Next BUF vs TEN: Tuesday Night Football 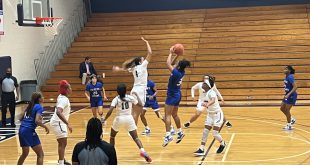 On Wednesday, the Santa Fe Saints took on their conference rival: the St. Petersburg Titans. …