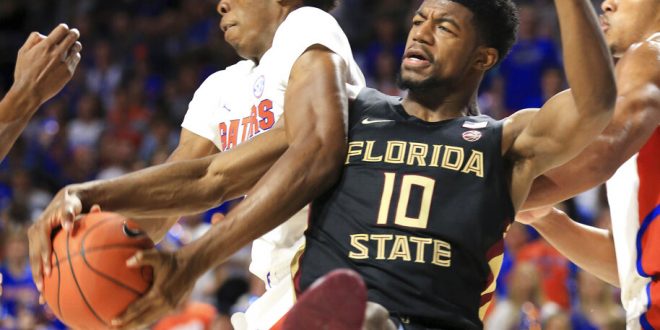 Omar Payne looks to fill gap at center for Florida

The Florida Gators basketball team didn’t live up to their preseason hype one year ago but projected starting center Omar Payne is excited for how the team looks thus far.

Filling the void down low

Omar Payne is expected to be the starting center for the Gators going into this season. He’ll look to replace Kerry Blackshear Jr. who averaged just under 13 points and 7.5 rebounds last season. Despite averaging just 15 minutes a game his freshman season, Payne is confident he’ll be able to take the next step as a player.

The “type of play” Payne refers to is a more up-tempo office. Head Coach Mike White is committed to picking up the offensive pace and play a faster game. This style of play suits Payne who is an athletic big man that can run the floor. In addition, he says the team plans to do a lot of dunking as a result of the tempo.

The former four-star recruit from Montverde Academy Basketball in Kissimmee, Florida will certainly have an expanded role. Luckily for him and the Gators, there is plenty of depth in the frontcourt.

One player Payne has been particularly excited with is Osayi Osifo. Payne likes the energy he sees from the Eastern Florida State College transfer and knows he can make an immediate impact for this team. Here’s what Payne had to say about Osifo.

Florida will also lean on the likes of Anthony Duruji, who sat out last year due to transferring from Louisiana Tech after his freshman year, and Michigan transfer Colin Castleton. Payne has been impressed with Castleton who brings more to his game than Omar originally thought.

Getting off on the right foot

Year after year, this basketball team has started their season with high expectations. Year after year it seems like they disappoint. Payne recognizes this and says he and the team must do a better job of blocking out the noise. Maybe with starting this season with not so lofty expectations, Mike White has an opportunity to get his team focused on what’s ahead of them.

Finally, Payne says the team has focused on their culture and identity as a program. Now, in order to receive their jerseys, players must receive a 100% on culture quiz. Payne, who didn’t pass his first time, says he accidentally circled one wrong but “mistakes happen.” He’ll look to get his jersey later this week.

This team lost a couple key players to eligibility and transfers. With that being said, the Gators are adding plenty of talent and will look to their experienced players, Keyontae Johnson, Tre Mann and Scottie Lewis, to provide valuable minutes.

Florida, with hopefully a more up-tempo offensive and usage of athletic big men, will certainly look to make more of an impact in the SEC and country in general.