With the NBA’s return right around the corner, the Brooklyn Nets stand out as an extremely intriguing bunch. Brooklyn finished seventh in the East last year with an often-injured Kyrie Irving and Kevin Durant sidelined for the season.

Now, they hope to gel quickly under first-year head coach Steve Nash, a two-time former league MVP. Nash enters the gig with no coaching experience other than a part-time consultant role with the Warriors but feels confident in the Brooklyn team he now leads.

If his playing career is any indication, Nets fans ought to feel confident in Nash’s coaching ability.

After graduating from Santa Clara University in 1996, Nash spent 18 seasons in the NBA, many of them as one of the league’s premier point guards. Nash led the league in assists five separate seasons, all of which were with the Phoenix Suns.

Speaking of D’Antoni and his high-flying scheme, it’s on display already at Nets training camp, which began Tuesday.

The Nets hired the former Suns and Rockets head coach as an assistant in October, and his philosophies greatly influence the way Nash wants his team to play.

As a first-year coach, Nash acknowledged that he will rely heavily on his assistants, especially in a season impacted by COVID-19 and a shortened offseason.

At the time of the hire, it was somewhat controversial at first due to Nash’s lack of coaching experience. However. Nash has a staff he can rely on, a loaded roster, and the tremendous basketball IQ he displayed on the court.

Despite the high-profile hire, most are more intrigued by a different Nets newcomer: Kevin Durant.

The future Hall-of-Famer hasn’t seen live action since his Achilles tear in June 2019, but he’s healthy and ready to be a leader for this Nets team.

Durant was playing some of the best basketball of his career before his injuries in the 2019 playoffs, scoring 26 ppg on 52% shooting in the regular season. He and Kyrie Irving form one of the NBA’s most dynamic duos, in a league full of them.

Nash spoke with great confidence about the health, chemistry, and leadership of his two stars.

Brooklyn opens their season on Dec. 22 against Steph Curry and the Golden State Warriors. 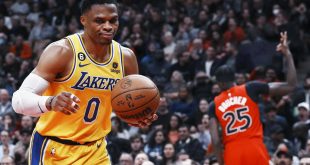