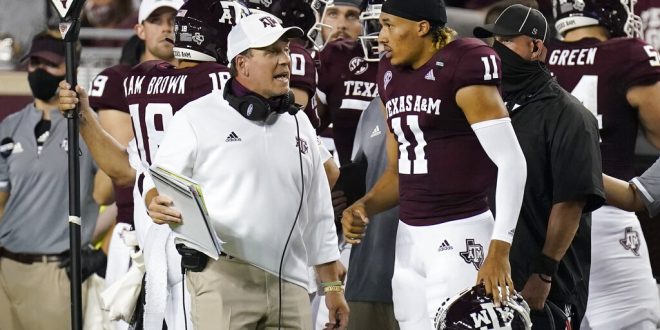 The Auburn Tigers football team is seeking an upset win when they host No. 5  Texas A&M this Saturday at noon.

Texas A&M hopes to stay alive in the College Football Playoff (CFP) race, while Auburn aims to spoil the Aggies’ season. Texas A&M is coming off a victory over LSU. The Aggies hadn’t played in two weeks prior to the LSU game due to COVID-19 postponements.

Auburn is fresh off a throttling from Alabama in the Iron Bowl, ending a three-game win streak the Tigers had.

In the series, Auburn has won the past three matchups, but they are facing a strong Texas A&M team.

Auburn is the underdog in this matchup, but they have a very capable team that could signal trouble for the Aggies. There are a few key strengths that will help Auburn in this game.

Texas A&M coach Jimbo Fisher highlighted the difficulties that Auburn presents, praising them on both sides of the ball.

Texas A&M has put together an excellent season and is a safe favorite over Auburn, but don’t underestimate the playmakers Auburn has. Texas A&M can take advantage of some key strengths to ensure victory.

Coach Fisher breaks down the victory over LSU, discussing the lack of offense and how the Aggies are preparing to face Auburn.

While Auburn’s CFP hopes are virtually diminished with three losses, they can still knock out the Aggies. The latest CFP poll has the Aggies ranked fifth, one spot out of the playoff.

Texas A&M’s best shot to make the CFP is banking on the conference championship games. They need Notre Dame to knock out Clemson, or Alabama to take down Florida. Then, the Aggies could possibly slide into the bottom playoff spot without appearing in the SEC championship.

With their only loss to Alabama and an impressive victory over Florida, Texas A&M is in a good position to secure a playoff spot if they can win out.

Previous Steelers Remain Undefeated After Topping Ravens
Next Can Steph Curry and Company Lead the Golden State Warriors Back to the Playoffs?