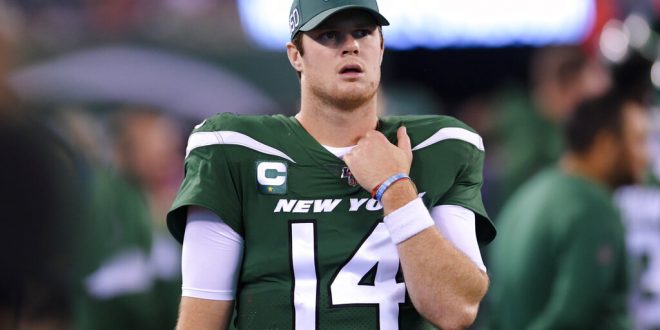 The New York Jets are approaching a fork in the road this offseason. They have to decide whether to keep Sam Darnold or draft or sign another starting quarterback.

Heading into the 2020 season, many New York fans hoped the team would have the league’s worst record so it could draft Clemson’s Trevor Lawrence with the first pick in the 2021 NFL Draft. But after two straight wins against the Rams and Browns, Jacksonville got the first choice and the Jets now sit at number two.

What road should New York take?

But another option for the Jets has appeared. Several teams have called them, inquiring about the availability of the former number three pick in 2018 in Sam Darnold, according to ESPN’s Adam Schefter.

“Multiple teams have inquired to the Jets about Darnold’s availability,” he said. “The Jets have listened, but they haven’t made a decision about what their going to do just yet.”

Multiple teams have reached out to the New York Jets and inquired about trading for QB Sam Darnold, per league sources.https://t.co/7h1Fol26QM

He said New York hasn’t made any firm decisions about its future but the situation remains somewhat fluid.

The road will become less cloudy for the Jets if they decide to move on from the 23-year-old quarterback. To replace Darnold, they could trade, sign or draft a quarterback with the number two  pick in the 2021 draft.

However, they could also stick with the former Trojan. They could evaluate all of their options and ultimately decide their current signal caller has the highest ceiling of them all.

It’s possible that all Darnold needed was a new coach and a new start and he has that now with Adam Gase being fired as the Jets head coach.  Through his three years as a professional, his overall statics leave a lot to be desired but he certainly still has ability.

Sam Monson from Pro Football Focus ranked him as the third-worst quarterback in the NFL. He has recorded 45 touchdowns compared to 39 interceptions. He’s also only recorded a completion percentage north of 60% one time. In 2020, his QBR was a porous 40.1, ranking last out of 33 quarterbacks.

New York could also select a quarterback with the second pick in this year’s NFL Draft. Dalton Johnson and Josh Schrock, of NBC Sports, have mocked BYU’s Zach Wilson to the Jets. But there have been other mocks that pin Ohio State’s Justin Fields to them.

Finally, New York could opt to trade back in the draft. Their are several quarterback hungry teams who could pull the trigger to trade up for a signal caller like the Bears, Panthers, 49ers or Colts.

Zachary Huber is a senior journalism student specializing in sports media at the University of Florida from Jacksonville, Florida. He works at The Alligator, covering gymnastics and volleyball while working at ESPN Gainesville. Follow him on Twitter @zacharyahuber.
@@zacharyahuber
Previous Will Carson Wentz be the Next Quarterback Traded?
Next MLB and Players Association Agree to Bring Back Temporary Rule Changes for 2021