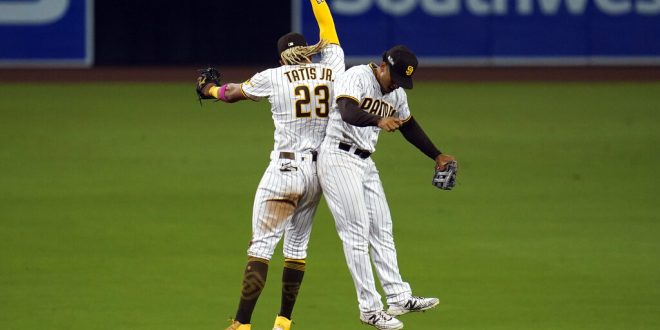 Tatis is receiving the third biggest deal in baseball history.

His contract includes a 14-year extension, after making his MLB debut with Padres in 2019. He signed with the White Sox in 2015 when he was 16-years-old in a minor league contract. He was traded to the Padres a year later along with Erik Johnson in exchange for right-hander, James Shields.

In 2019, he was pulled up from the Padres’ farm system during Spring Training and was later added to the roster.

On top of his commitment to the team, Tatis also committed to a $340 million extension.

He is third only to Mike Trout and Mookie Betts, both of whom had five years on Tatis’ 22 when they signed.

ESPN’s American baseball columnist, Jeff Passan, said it would have been hard for Tatis to say no to the deal offered by the Padres.

In the trade with Tatis, Johnson and Shields, Passan describes Tatis as being the lottery ticket that San Diego found on the street.

In 2020, he was voted onto the National League’s All-MLB First Team.

Passan said that Tatis is becoming the modern face of Major League Baseball as well as the face of the Padres organization.

The Padres have struggled with their retention rates of upcoming super stars like Tatis. Passan said that Padres want to make Tatis this generation’s Tony Gwynn.

Tatis’ contract extension is the biggest move the Padres have made this off season, after a 37-23 2020 season.

Another move in late December got the San Diego team left-hander, Blake Snell from the Tampa Bay Rays in a five-player deal as a start to the reconfiguration of their roster.

Tatis’ extension came right on time. Pitchers reported to 2021 Spring Training on Tuesday and the team’s first work out took place on Wednesday.

The Padres have their first game on Feb. 28 against the Mariners at Peoria Sports Complex.

Rylee is a fourth year journalism major with a specialization in sports and media at the University of Florida College of Journalism and Communications.
Previous High School Hoops Round-Up: Boys Regional Quarterfinals Begin
Next Gators Softball set for Bubly Invitational