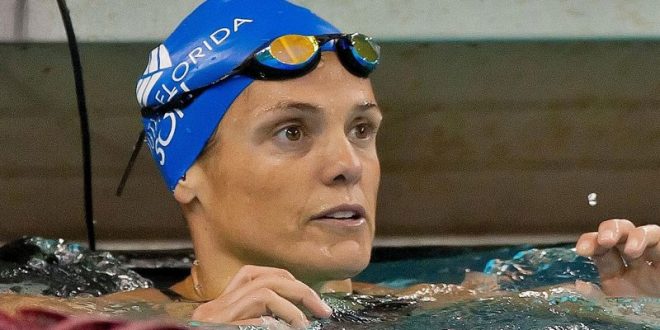 Former University of Florida swimmer Dara Torres will star in the latest SEC Storied documentary “Once Upon a Comeback,” which will debut on Monday, Feb. 22 at 9 p.m. ET. The documentary will unveil the incredible success that Dara Torres earned despite the obstacles she faced.

So honored to be featured on ESPN’s very own SEC Network. Tune in on Monday, Feb 22 at 9 EST to take a deeper look into my journey as an Olympic swimmer and how I overcame obstacles and followed my dreams! pic.twitter.com/Bf4oIcaoie

Torres’ success did not end after college. The swimmer went on to earn 4 Gold, 4 Silver, and 4 Bronze medals within her participation in five Olympic games. The Olympians’ biggest comeback came in 2008 when she came back to the pool at 41 years old to participate in her final games where she became the oldest U.S. Olympic swimmer in history and the first American swimmer to appear in five Olympic Games.

Within the documentary, Torres uncovers that her success was not as it appeared. Behind the scenes, she dealt with severe eating disorders and bulimia which she kept extremely private. Now, she looks to bring awareness of the struggles that many athletes go through when they pressure themselves to be better than the rest.

Once Upon a Comeback

Dara Torres appeared on Sportscene with Steve Russell and discussed the debut of her documentary and some of the things she chose to reveal within it. According to Torres, athletes often feel the pressure to be perfect at all times for their audience and coaches.

“A lot of people look at athletes and put them on a pedestal. But, we’re just like anyone else and we have our trials and tribulations,” said Torres.

One of the topics that Torres chose to discuss within the documentary was her eating disorders during college.

Torres revealed on Sportscene that she did not truly overcome her obstacles until well after college. During the 80s, the swimmer explained that eating disorders were not something you spoke about. Torres said she even had difficulties talking to her own mom about it.

Torres expressed that a big contribution to her issue was her strong desire to be the best and being pushed by tough coaches.

The film will debut the same weekend as the SEC Men’s and Women’s Swimming and Diving Championships on Monday, Feb. 22. The film also features her daughter and an inside look at her family life.

“I really feel that they did an unbelievable job and hopefully my story and the things I have gone through will help other people,” concluded Torres. 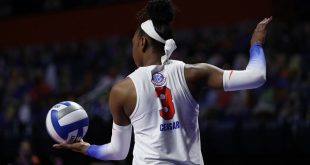