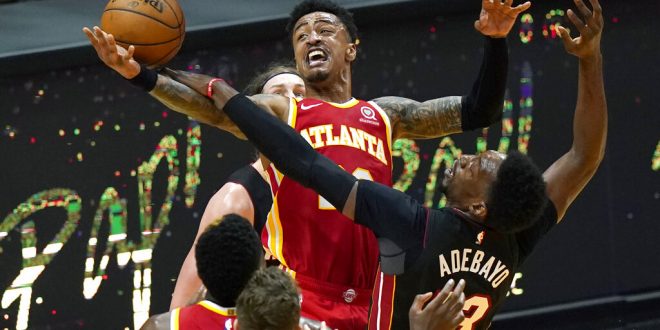 The Win Streak Comes to an End

A Miami Heat win streak that lasted six consecutive games came to a close Tuesday with a 94-80 loss to the Hawks.

Miami has lost yet another game without star-forward Jimmy Butler. The Heat fell short by 14-points in its loss to Atlanta. Tuesday night’s defeat dropped Miami to 4-10 in games Butler has missed so far this season.

The Heat were outrebounded by the Hawks 47-26 and scored a season-low 80 points.

Miami began the game shooting poorly from beyond the arc. The team struggled with a 2-for-15 start from 3-point range. Heading into halftime the Heat trailed 44-37 but managed to take the lead 66-63 at the start of the fourth quarter.

Although Trae Young was held to only two points at the break, the guard had the hot-hand in the clutch. Young found his rhythm and nailed three-consecutive 3-pointers for the Hawks, increasing Atlanta’s lead to 84-74 with 5:16 remaining.

In the game’s final moments, the Heat failed to heat up and shot 5 for 18 in the fourth quarter. The team could not complete the comeback and its six-game win streak concluded.

As for Miami, guards Goran Dragic and Duncan Robinson led the team in points, scoring 14 each.

The Heat hope to bounce back into the win column with a road win over the Pelicans tomorrow night. Tip-off of the contest begins at 8:30 pm on TNT.

Angel is a student at the University of Florida. She is a Multimedia Journalist who is currently a Sports Reporter and Writer at ESPN Gainesville. Follow her on Twitter (@angelcwells) and Instagram (@angel_wells). Be sure to follow her NFL Twitter account to stay up to date with the latest NFL news. (@UpToDate1NFL)
@angelcwells
Previous SEC Hoops Roundup: Regular Season Coming to an End
Next No. 12 Seeded Gators Kick-Off SEC Tournament Against No. 13 Seed Auburn