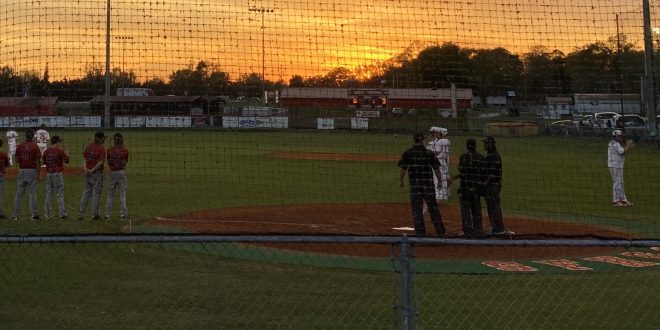 This was the second time these two teams have met this week. On Thursday, Santa Fe beat Baker County by a score of 3-0.

During the third inning, however, the game began to pick up. After a hit from the Wildcats, runner Luke Davis was able to make it home, putting Baker County up by one.

That lead didn’t last long though. The Raiders capitalized on mistakes with freshman Conner Brown scoring on a balk. Shortly after, junior Devan Mitchum got an RBI single, advancing Santa Fe’s lead.

After a quick fourth inning, things began to heat up again.

At the top of the fifth, the Wildcats were up to bat. With no runners on first and third, Baker County batter Luke Davis stepped up to the plate.

Davis hit a line drive to centerfield where Devan Mitchum of the Raiders caught the ball and unleashed a massive throw to catcher Landon Rogers who tagged the runner to complete the double play.

“That was a big momentum booster for us,” said Santa Fe coach Travis Yeckring. “Devan did a good job staying behind the ball and kept it on line to the plate. It got our team fired up.”

Baker County pitcher Cason Milton kept the game close as the game neared its end, but the Raiders’ energy was high.

The game was on the line in the seventh inning for the Wildcats, as they got their last chance to even the score. Midway through the inning, Santa Fe switched pitchers, putting in Conner Brown to finish the game.

“Zane competed his tail off out there,” Yeckring said. “I’ve trusted Conner in those spots to come in and close games all year. For a freshman, that kid competes, and I trust him in big spots.”

Brown showed up, ending the game with a strikeout to complete the sweep.

Yeckring knew getting the sweep would be tough since the Wildcats would show up with a lot of energy. He credits Zane Starling for getting the team off to a good start and carrying the momentum throughout the entire game.

We probably didn’t play well tonight, but the sign of a really good team is to find a way to win when you don’t play well,” Yeckring said. “And I think we did that tonight.” 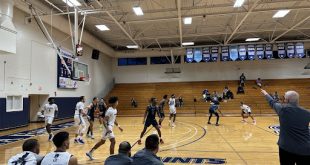