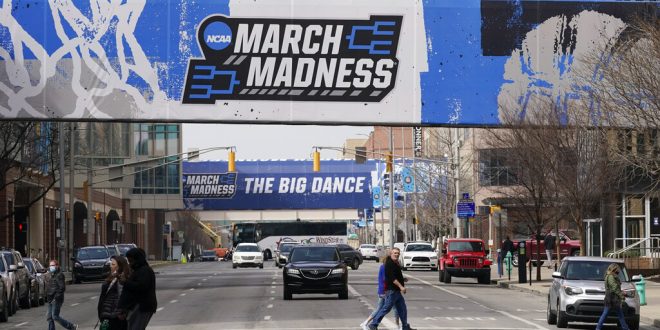 The Texas Southern Tigers are hoping to keep their March Madness dreams alive as they kick off NCAA Men’s Basketball tournament play Thursday afternoon. The Tigers will face the Mount St. Mary’s Mountaineers in the first game of the Tournament’s First Four.

Texas Southern and Mount St. Mary’s are both automatic qualifiers after victories in the Southwestern Athletic Conference and Northeastern Conference tournaments, respectively. This will be the first-ever meeting between the two teams.

The at-large teams that advance from the First Four tend to play decently in the tournament, highlighted by VCU’s legendary Final Four run in 2011. However, an automatic qualifier has yet to win in the first round. Texas Southern hopes to be the first.

Texas Southern head coach Johnny Jones says he is confident in his team heading into the tournament. He believes they have done a good job pulling together as the season has progressed, winning 14 of their last 15 games.

This will be the Tigers’ 8th appearance in the tournament and their first since 2017, where they were defeated by North Carolina in the first round. They are one of two HBCU’s in this year’s tournament, the other being Norfolk state, another First Four competitor.

Texas Southern was ranked 3rd in the SWAC leading into the postseason after going 16-8 and ending the season on a nine-game winning streak. They upset the No. 1 seed Prairie View A&M 80-61 in the SWAC tournament finals.

Mount St. Mary’s enters the First Four with momentum after ending their 12-10 season on a four-game winning streak. They entered the NEAC tournament as the 4th seed but were able to travel and upset the top two seeds on the road to win the championship.

However, Jones believes his team is focused and prepared for the upcoming test. He hopes that his team’s use of different defensive schemes throughout the year has prepared them for any offense they may face from the Mountaineers or any other team in the tournament.

Johnny Jones (@CoachJohnnyJ12) believes his @TXSOTigers are playing well at just the right time as they take on Mount St Mary’s tomorrow in the NCAA Tournament: “We’ve got 9 straight wins, 14 of our last 15 games..I think these guys are playing with extreme confidence right now.” pic.twitter.com/Bclew4g6iE

Jones says that his team has worked towards this moment since the beginning of their season and is excited for the opportunity to play in the Tournament.

The game will take place on March 18 at Assembly Hall in Bloomington, Ind. at 5:10 p.m.