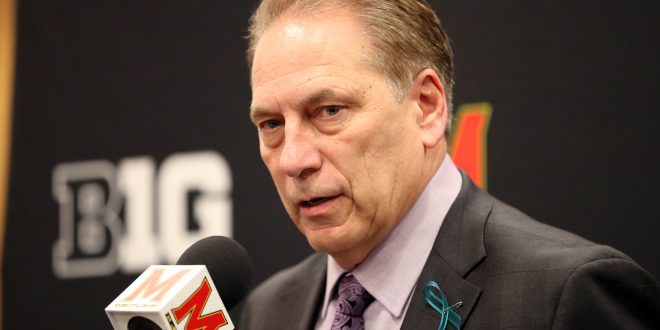 The past 12 months have been some of the most unprecedented times in United States history. The well-known phrase of, “expect the unexpected,” seems to be the mantra of our current societal situation. As the eve of the 2021 NCAA March Madness Tournament has officially arrived, the feeling is quite unique. The coronavirus pandemic forced the cancellation of last year’s tournament, making fans that much more anxious for this year’s event.

While many of the top perineal college basketball programs will be competing, other’s find themselves in unfamiliar territory having not made the cut. Well-known basketball programs including Duke, Kentucky and Indiana just to name a few were not selected to compete in this year’s tournament, due to their performance throughout the regular season. One team that fluctuated on the bubble for most of the 2021 season are the Michigan State Spartans.

No shortage of #MarchMadness history between these two. 💪

While the Michigan State Spartans (15-12) have shown moments of brilliance, highlighted by wins over Illinois, Ohio State and Michigan, they also have had some very tough losses.

Head Coach Tom Izzo spoke with the media about the ups and downs of the season, and the unique feeling that comes with being an underdog.

The UCLA Bruins (17-9), a historically successful basketball program, will face Michigan State tonight in unfamiliar territory. The Bruins got off to a hot start this season going 7-1 in their first eight games. However, the Bruins of recent have struggled, and enter the tournament on a four-game losing streak. The first four matchup between 11-seeds will take place tonight at 9:57 eastern.

Head Coach Mick Cronin spoke with the media about how his team is approaching the play-in game.

Throughout the college basketball regular season, teams play under the mindset of there’s always another game. That is no longer the case in March Madness. The single-elimination tournament, forces team’s to play each and every game like it is their last.

Both the Michigan State Spartans and UCLA Bruins understand the importance of tonight’s game. Win and move on to face the 6th seeded BYU Cougars in the first round of the 2021 NCAA March Madness Tournament, lose and go home.

Will Michigan State be able to prove the doubters wrong and make a deep run, or will the journey stop before it really even started against the UCLA Bruins? Tune in at 9:57 p.m. ET tonight on TBS to find out.

Jason Myers is a dedicated sports journalist that covers the entire world of sports. Myers currently studies Journalism at the University of Florida, and will be graduating this upcoming May, 2021.
Previous Gallagher has Hartford ready to make history in NCAA Tournament
Next Texas Southern hopes to advance in NCAA Tournament First Four