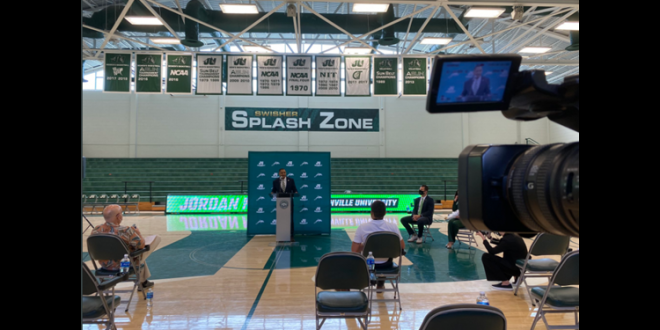 Former Florida Gators assistant Men’s basketball coach Jordan Mincy is ready to take on his new role. He will be stepping into his first head coaching position, at Jacksonville University.

Mincy joined Florida’s staff in 2015, and helped lead the Gators to a 123-75 overall record. His career with the orange and blue included four-straight 20-win seasons and four consecutive NCAA Tournament bids.

“I couldn’t be happier for Jordan,” head coach Mike White said in a press release following the announcement. “This is an opportunity he has worked incredibly hard to earn, and Jacksonville has hired a fantastic person and exceptional basketball coach to lead their program.”

“I’ve said since the day we began this search that our priority was to bring in a true leader that is going to come in here, embrace the culture, build lasting relationships and bring new life to this program. It was important that we found someone that we believe this University and the many wonderful people associated with it will rally behind. I believe Jordan Mincy is the exact fit we were looking for to take up this charge and I could not be more excited for our players, for our University, and to welcome him and his wife LaTisha into the Dolphin family.”

As he gears up to lead the Dolphins, his message is clear: whether it be a current or a former player, JU’s program is “our” program. Additionally, he has an open door policy with all former alumni and players who want to contribute.

Furthermore, it is seeming to work as he is stepping into his new role.

Bryce Workman and Kevion Nolan are a few of the player who have bought in.