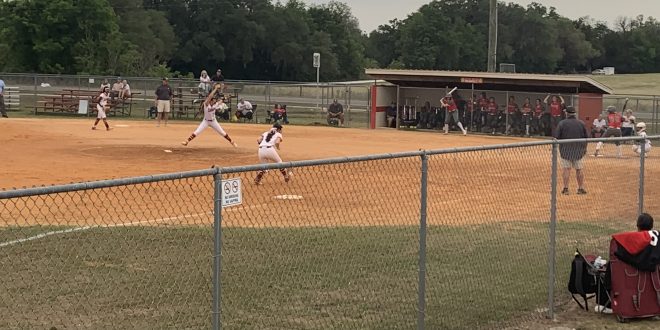 The Williston Lady Red Devils fell to the Santa Fe Lady Raiders by a score of 4-1 Friday night.

This game was a rematch between the two teams. Santa Fe won the first matchup 7-4. Last Friday, Williston Head Coach Lavar Williams blamed cold bats for the loss to the Lady Raiders.

The pitchers did their thing. Neither team scored through the first three innings. In fact, neither team could get a hit. A total of three players between the teams were able to make it on base. Two were walked and another reached on an error.

Olivia Davis flew out on her first at-bat of the game. She made an adjustment on her second at-bat. The second baseman hit a bomb to center field that was inches from being a home run. She earned a double on the play.

Davis said this about her hit postgame:

Two batters later, freshman Nevaeh Hayes hit a sacrifice fly to bring Davis in putting Williston on the board.

Williston wouldn’t score for the rest of the game. The Lady Red Devils had runners in scoring position at the end of the third but couldn’t bring them in.

With their backs against the wall, the Raiders found their bats. Santa Fe quickly loaded the bases and took a 3-1 lead after a triple.

The Raiders would add one more run extending their lead to three going into the bottom of the seventh.

Williston had no answers.

Geiger did all she could to keep her team in the game. She said this postgame:

Even though she struggled, her teammates continued to encourage her. No teammate is closer to Geiger than Davis.

The sophomore said that she and Geiger are best friends.

The two even have a handshake that they do before each inning in the field.

Trey is a third year sports media major at the University of Florida, and a WRUF reporter.
@@treyboogie5
Previous Gator Baseball travels to No. 6 Tennessee for SEC weekend series
Next Gators fall to Tennessee in Series Opener 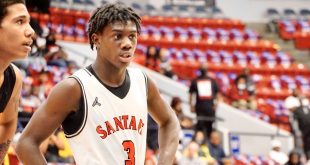 Early Start Starting point guard, Don’trell Jenkins, has been lighting it up all season for …