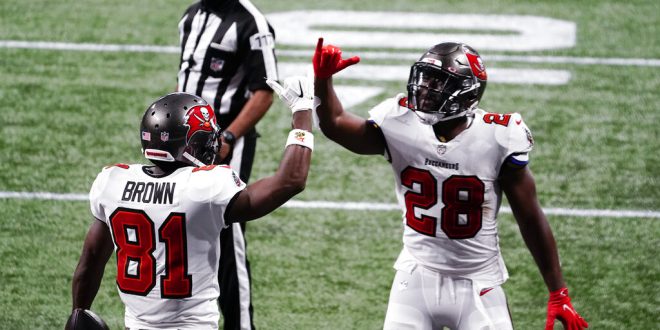 The Tampa Bay Buccaneers are the third NFL team to announce their intent of skipping voluntary offseason workouts.

After the Seahawks and Broncos made the decision on Tuesday, Tampa Bay shortly followed suit. These decisions come at the advisement of the NFLPA as the COVID-19 pandemic continues.

More teams are expected to forego the voluntary workouts, which are slated to start next Monday.

Rejoining in the Offseason

Despite skipping voluntary workouts, the Super Bowl Champion Buccaneers should have no problem preparing for the upcoming season.

That’s because Tampa Bay became the first team in the salary cap era (since 1994) to return all 22 starters from their Super Bowl-winning team.

Though skipping team workouts won’t help the conditioning of the players, the chemistry they built during their Super Bowl run should heavily benefit them.

The Buccaneers find themselves in a good position at this point in the offseason. After returning all of their starters, they have a chance to add more talent at the upcoming NFL Draft.

All 22 of the Buccaneers Super Bowl starters are now under contract for the 2021 season.

The Bucs are the first defending champion in the salary cap era (since 1994) to return all 22 starters. pic.twitter.com/gcllIkP5Fi

What’s Next for the Buccaneers?

With an almost entirely virtual offseason this year, the Buccaneers can take a few months to relax and prepare themselves for the first ever 17-game regular season.

The chances at a repeat Super Bowl appearance aren’t looking bad for Tampa Bay. Not only did they return all of their starters, but their 2021 regular season schedule isn’t the most difficult either.

Tampa Bay holds the last pick in the first round of the NFL Draft this year and has numerous options with it. They could choose to add depth to the defensive line, or give Brady more protection on the offensive line. They could even draft another weapon for Brady: either a running back who’s a solid pass-catcher or another big body at receiver or tight end.

Since winning Super Bowl LV, it’s been nothing but good news out of Tampa Bay. Expect them to be hungry competitors in the league come August.