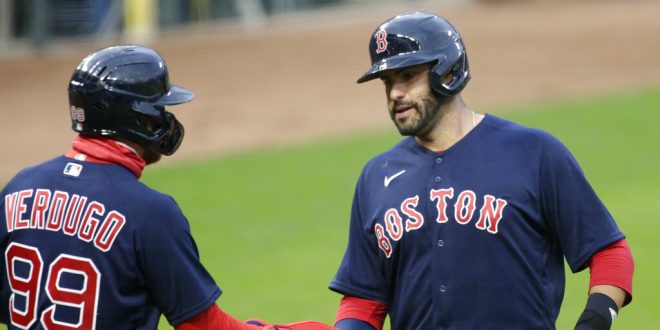 The turnaround by the Boston Red Sox this season is admirable. To begin their season, the Baltimore Orioles went to Fenway Park and battered the Red Sox. However, since that 0-3 start, the Red Sox rattled off nine straight wins.

The Baltimore Orioles drew no attention in the offseason. Moreover, Fangraphs, a statistics and analytics website, gave the Orioles a 0.0 percent chance of making the MLB Playoffs.

Therefore, you can imagine the frustration and anger in Beantown when those Orioles outscored the Red Sox 18-5 in their three-game series.

However, Alex Cora’s team’s turnaround not only put them on track, but shot them to the top of the league.

The run started against another division rival, the Tampa Bay Rays. The defending American League Champions felt the fury of the Red Sox. Victories by nine and seven runs flanked a 12-inning thriller. The Red Sox bounced right back to get to 3-3, outscoring the Rays by 16 over three games.

Next, the Red Sox sought revenge against the Orioles. They got what they were looking for. A three-game sweep of their own, this time at Camden Yards, bumped the Sox to 6-3.

Now, the Red Sox are on the verge of yet another series sweep, this time a four-game series against the Minnesota Twins. Three wins, including two seven-inning victories in a doubleheader, ballooned the Sox to a 9-3 record through 12 games.

Not to mention, they could be the second team in the MLB to reach double-digit wins. The Los Angeles Dodgers edged them in that department on Wednesday night.

Although an obscure statistic, the Boston Red Sox are making history. They are the first team in MLB history to win nine or more games after dropping their first three to start a season.

Additionally, that spells a good omen for Red Sox fans. This is their longest win streak since a ten-game run in 2018. That year, the Red Sox claimed their fourth World Series title in a 15-year span. Also, they set a franchise-record for wins at 108.

We are a long way from that, but with five players holding a batting average above .300, this turnaround seems to be a team effort.

With Martinez pacing the team, opportunities arise for other players to make key differences. For example, Alex Verdugo was the best player for the Red Sox in their two doubleheader victories over the Minnesota Twins. Verdugo finished the day batting five-for-eight, featuring three RBIs.

The Red Sox look to extend this impressive turnaround then they close out their series against the Twins on Thursday afternoon.

Originally from Seminole in the Tampa Bay area, Kyle is a contributor for ESPN Gainesville as well as local NPR and PBS affiliate WUFT. Kyle wants to get into sports with a lofty dream of being a sports broadcaster. He was raised playing soccer and baseball while watching hockey and football, so the knowledge about various sports is fairly extensive.
@KyleFanslerUF
Previous NCAA Reportedly Passes One-Time Transfer Rule
Next Florida Volleyball Advances in NCAA Tournament