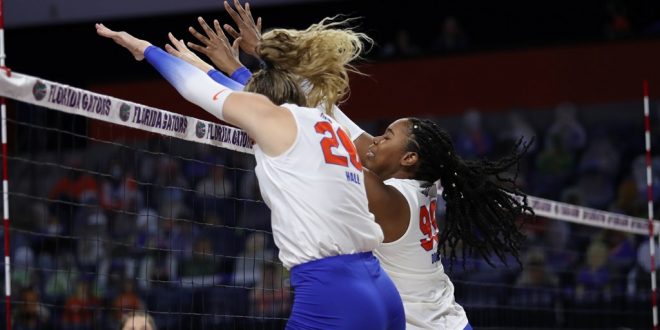 The 19-3 Florida Gators volleyball team is the No. 8 seed in the NCAA Tournament. They faced off today in round two against the 17-1, unranked Morehead State Eagles. The Gators won in three sets against the Eagles, pushing them forward in the tournament to the Regional Semifinals on Monday.

The Gators took set one 25-14 with 12 kills and only three errors overall.

Thayer Hall lead the pack with 10 kills followed by Holly Carlton and Lauren Forte with nine.

On defense, Elli McKissock had 12 digs. Followed by Hall with 11.

Hall led the team with seven kills for the set. She was followed by Carlton with six, then Lauren Forte with five.

Defensively, McKissock had the most digs for the team with six, followed by Hall with five.

The team had 14 kills total, and once again, three errors for the set.

Hall carried the team in kills with a total of 10. Carlton and Forte both tied for the second-most with nine kills each.

On Sunday, the NCAA Tournament continues with the Regional Semifinals. Florida will be playing against No. 9 Ohio State.

Wisconsin and Weber State have their first serve at 7:00 p.m. today. UCLA and BYU do not start their match until 10:30 tonight.

Monday’s match for the Florida Gators will be their 27th Regional Semifinals appearance in program history.

Rylee is a fourth year journalism major with a specialization in sports and media at the University of Florida College of Journalism and Communications.
Previous Turnaround Red Sox Make History, Lead A.L.
Next Gators Baseball Takes on Mizzou in SEC Weekend Series 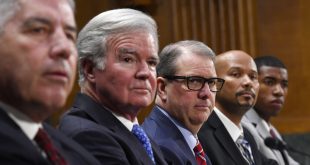