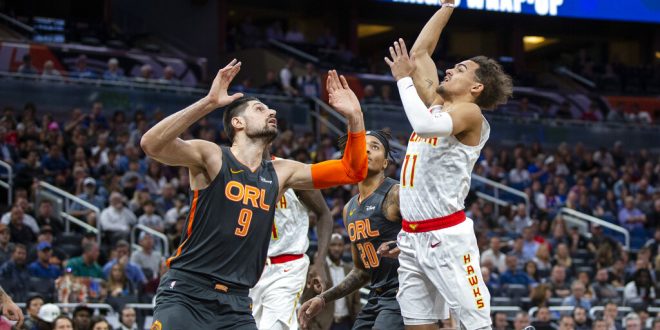 The losing streak continues as the Magic fell 112-96 to the Hawks Tuesday evening. Atlanta pulled away in the second half, earning the team its 32nd win on the season. The Hawks remain the fourth-best team in the Eastern Conference while Orlando sits as the fourth-worst team in the NBA. Due to poor performance on the court, the Magic have pushed its losing record to 18-40 on the year.

Orlando played competitively in the game up until the second quarter where the disaster began. Atlanta started the second ahead 27-24, however, the Magic failed to come back from down by only three points. As its struggles on the court lingered, both Orlando’s offense and defense deteriorated as it didn’t gain the lead once this period.

The Hawks held a 65-48 lead heading into halftime. Despite the Magic cutting a 17-point deficit to just six points in the third, the team came up short on its comeback attempt and remained on the losing side of the scoreboard. Atlanta’s momentum surged once more as the team eased its way to victory with the help of Trae Young and Lou Williams.

Teammates Trae Young and Lou Williams both scored double-digits in the stat column as Young delivered 25 points while Williams added 22. Young also accounted for seven assists and five rebounds. Williams gathered three rebounds off the board and one assist.

The Magic will return back home tomorrow night to face the Pelicans in Amway Center. Orlando hopes to advance to 19 wins on the season with a defeat over New Orleans.

Angel is a student at the University of Florida. She is a Multimedia Journalist who is currently a Sports Reporter and Writer at ESPN Gainesville. Follow her on Twitter (@angelcwells) and Instagram (@angel_wells). Be sure to follow her NFL Twitter account to stay up to date with the latest NFL news. (@UpToDate1NFL)
@angelcwells
Previous Lightning Fall to Hurricanes 4-1; Carolina Ties Atop Central Division
Next Florida Men’s Tennis Begins Tournament Play