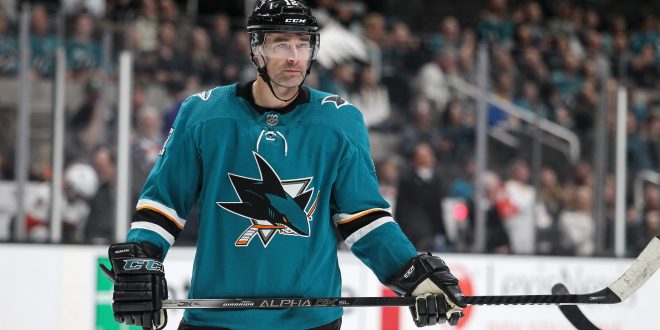 It was a record that seemed untouchable-Gordie Howe’s mark of most games played in NHL history.

The famed hockey legend spent 32 seasons on the ice and held the record for most games played – 1,167. Due to the length of his career, it seemed inconceivable any would even graze “Mr. Hockey’s” record.

It appeared unthinkable until Monday when San Jose Sharks forward Patrick Marleau broke it. The 41-year-old played his 1,768th game of his NHL career Monday against the Vegas Golden Knights. Before the match, NHL Commissioner Gary Bettman honored Marleau with a video message before the puck dropped.

A special moment for Patrick Marleau in Vegas.

The Saskatchewan native spoke about the honor.

It’s been a long road for Marleau, who the Sharks drafted in 1997.

It took a few years for him to round into shape, but in 2003-04, he matched a career-high in points and made his first All-Star team. After the NHL lockout in 04-05, he continued to improve through 2006 and 2007, when he was selected to his second All-Star game.

The next handful of years for Marleau were marked by continued solid play and playoff disappointments. The Sharks reached the playoffs every year from 2004 to 2014 but failed to advance to the Stanley Cup Finals. They progressed to the Conference Finals three times. In 2016, Marleau finally landed in the battle for Lord Stanley’s Cup, but San Jose fell to the Pittsburgh Penguins in six games.

Marleau entered free agency for the first time in 2017 and signed with the Toronto Maple Leafs. After two seasons in the T-dot, he was acquired in a trade by the Carolina Hurricanes. He was immediately bought out and returned to San Jose. His mission wasn’t done yet as he was traded to the Pittsburgh Penguins last February in an attempt to finally win a cup. It didn’t happen as Montreal eliminated Pittsburgh in the playoffs, so Marleau returned to San Jose for a third stint prior to this season.

He said he was happy to set the record with the Sharks.

He became a recognizable face in the Bay Area sports scene and helped increase hockey’s popularity in the region.

How he did it?

A couple of factors worked in Marleau’s favor. First, as previously mentioned, he was very young when he got drafted. Because of this, he played 23 seasons and still remains in his early 40s. Perhaps most significant though is Marleau’s health and stability. He’s only missed 31 games his entire career and played in all 82 games in 11 different seasons. Over the course of his career, he scored 566 goals and dished out 630 assists.

Howe set the previous record in 1961. In addition to his NHL games, he participated in 419 World Hockey Association games during his six years in that league. 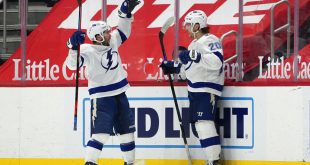 Following their win against Detroit, the Tampa Bay Lightning have the NHL’s best record. The …