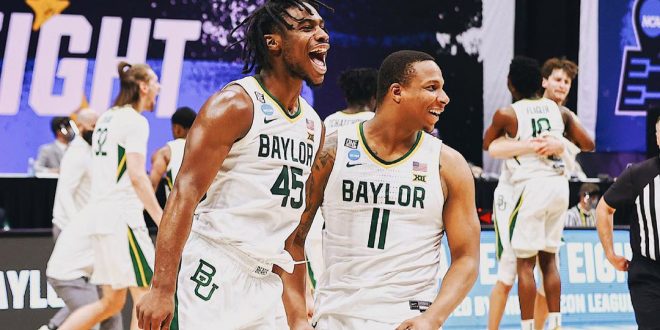 The intensity. The pageantry. The emotion.  The money.

Yes, the sports industry is first and foremost a business. Common fans forget this simple fact when their favorite player is traded, or their favorite team relocates cities. At the end of the day, sports are a business.

While the athletes and team themselves are an integral part of this business’s success, they aren’t alone. Television and marketing deals fuel the sports industry. For example, the NFL recently reached a new TV agreement. According to the Associated Press, the new agreement values at $113 billion dollars over the next 11 years.

The numbers being thrown around are astronomical, and yet, the sports industry continues to just scratch the surface of the profits it can make. It has just started to tap into the largest gold mine yet: Sports gambling.

Legal sports betting came onto the scene somewhat recently due to the supreme court case Murphy v. NCAA. The decision overturned a previous ruling and outlawed the Professional and Amateur Sports Protection Act (PASPA). PASPA, in simple terms, made it unlawful for states to legalize sports betting. The supreme court held that this was in direct violation of the anti-commandeering doctrine and said it was an overstep of the federal government’s power. So, in 2018, states were given the power to legalize sports betting.

Since the landmark decision of Murphy v. NCAA, there has been a massive spike in legal sports betting. Sports gambling still took place before the decision, but it was under the table. In fact, according to estimates done by DePaul University, somewhere between $148 and $500 billion worth of illegal wagers were placed on sporting events in the US in 2015 alone. Now, legal bets could be placed, and everyone was eager to get in on the action.

While states were the obvious beneficiary, there are many players who saw the opportunity sports gambling provided. Sport leagues led the sports-betting charge.

The NBA and forward-thinking commissioner Adam Silver agreed to a partnership with MGM Resorts International to become the official gaming partner of the NBA in early 2018, shortly after the ruling. However, other leagues weren’t far behind.

The NHL agreed to a deal with MGM as its official betting partner in October of 2018, just three months after the NBA. The MLB followed suit, inking an $80 million deal in November of 2018 with MGM for it to be Major League Baseball’s official gaming partner. The NFL went a different route far, adding Caesars Entertainment Corporation as its first-ever ‘Official Casino Sponsor’ in 2019.

Businesses and corporations also milked the golden calf that is sports betting. Companies like DraftKings and Barstool Sports fully embraced sports gambling and saw the benefits almost immediately. DraftKings became one of the largest sports betting companies in the country, and their boom isn’t done. According to Travis Hoium of The Motley Fool, DraftKing’s expected revenue for 2021 falls between $750 and $850 million, a 45% increase from 2020.

Drew Miller, a 2o-year-old sophomore at Northwestern, believes DraftKings is the superior betting app compared to all others.

“DraftKings probably has the best selection of props and the best interface,” the applied math and economics major said.

Barstool, meanwhile, grew massively as a result of Murphy v NCAA. Penn National Gaming, a casino company, invested heavily in the company in 2020, valuing it at an incredible $450 million.

States were far and away the biggest beneficiary of Murphy v. NCAA. Those who have legalized sports betting have reaped the benefits already. Let’s take a look at some of the numbers.

As you can see, the top states have had a massive revenue spike due to the legalization of sports betting.

These numbers prove a simple fact: give people the opportunity to bet money, and they will do it. Just look at Colorado. The state launched its sports betting campaign in May of 2020, smack in the middle of the coronavirus pandemic. It has already handled over $1.5 billion in bets and generated close to $100 million in revenue, according to Legal Sports Report. To quote the timeless film Field of Dreams, “If you build it, they will come.”

Other states are jumping on the trend. Just this month, Arizona announced it passed a sports betting bill.

#BREAKING: Arizona Senate just passed the sports betting bill 23-6. Now it will head to the governor’s desk. @dougducey is expected to sign it into law. #azfamily

Of course, I would be remiss not to mention possibly the biggest player of all: people. The average sports fan has been reaping the rewards of Murphy v. NCAA since 2018. The biggest sports events on the calendar become that much bigger, and smaller events can become crucial.

Just over the last month, March Madness and The Masters created ample opportunities for bettors. Forbes predicted gamblers to blow past the 2019 March Madness total of  $8.5 billion bets on the event this year. At Augusta, one bettor on Twitter turned a $50 parlay into nearly $45 thousand thanks to champion Hideki Matsuyama.

Chase Nelson is a 20-year-old sophomore at Indiana University. The sports management major has picked up sports betting since moving to Bloomington and says it makes sports more enjoyable. Nelson once bet $120 on an NBA point total, which as a college student is no small wager.

“It can make the most meaningless game the most exciting game of the day for me,” Nelson said. “Knowing that I have a chance to win money just by watching sports is something I think is so cool.”

Miller likes to bet on sports for similar reasons, but he also likes the feeling of sniffing out a competitive advantage.

“To me, sports gambling is intriguing as it is an opportunity to make money on edges I find,” Miller said. “Further, it is fun to combine sports and money.”

The future of sports betting shines brightly. Increases in technology will soon allow for live betting to be easier than ever. More people are able to bet, and large media companies have noticed. ESPN, for example, began showing the over/under and points spread on its sports bug during broadcasts of the now-failed XFL. The Worldwide Leader in Sports has also started to embrace the sports gambling wave in other ways.

ESPN also worked betting odds into some of its pregame shows, such as College GameDay and Sunday NFL Countdown. There is even a section of ESPN’s website called ESPN Chalk that is dedicated solely to sports betting. ESPN Chalk features betting odds and advice. It also includes a live map where you can see where sports betting has been legalized.

As more states pass legislation that allows sports betting within their borders, the more sports betting is going to change the very fabric of sports. Everything from the viewing experience to the games themselves is subject to change so it appeals to the mass of sports gamblers that is forming. The boom is nowhere near done, and it is only a matter of time before the entire United States and sports fans around the globe bend the knee to the Goliath that is sports betting.

Michael Hull is a sophomore at the University of Florida and is currently studying Journalism & Sports and Media.
@Michael_Hull33
Previous Pat Dooley’s Front Nine May 7
Next Florida Baseball Ties Up The Kentucky Series With An 8-5 Win