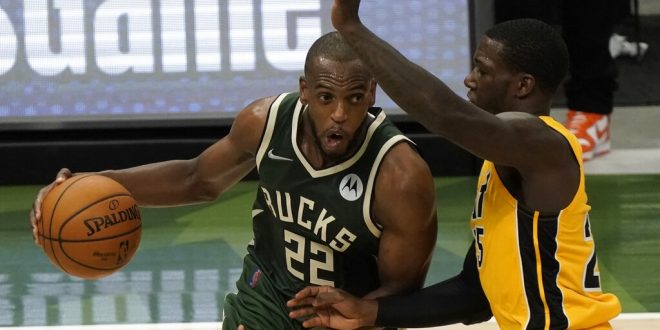 Milwaukee Bucks' Khris Middleton drives past Miami Heat's Kendrick Nunn during the second half of Game 1 of their NBA basketball first-round playoff series Saturday, May 22, 2021, in Milwaukee. (AP Photo/Morry Gash)

Eight NBA teams faced off in the playoffs for a chance to compete and win the conference semifinals.

Yesterday in round one of the playoffs, the Atlanta Hawks edged out the Philadelphia 76ers in game 1, 128-124, with the Hawks leading Philadelphia 1-0 in the series. The Hawks and the 76ers have an all-time head-to-head record of 196-191 with Philadelphia leading in wins.

Clippers vs the Mavericks

Yesterday in round one of the playoffs, the Los Angeles Clippers beat the Dallas Mavericks 126-111 with Los Angeles maintaining a 4-3 lead over Dallas. The Clippers are currently 4-3 in the series and the Mavericks are 3-4. Dallas leads Los Angeles in an all-time head-to-head record of 95-67.

James Harden will miss game 2 of the conference semifinals because of right hamstring tightness.

The Denver Nuggets will face the Phoenix Suns tonight in game 1 in the conference semifinals. The Suns have a head-to-head record of 98-84 against the Nuggets with Phoenix taking the lead over Denver.