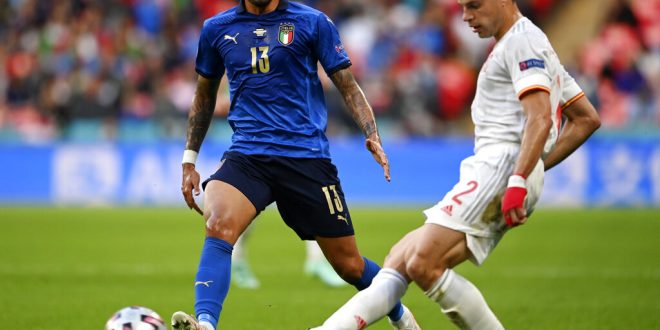 Euro 2020 has had just about everything so far. Great teams, huge upsets, amazing stories and, of course, incredible games. The semifinal round begins today and it should bring us two great games with plenty of storylines.

Many would agree these have been the two best teams in the tournament so far. Italy dominated Group A. They beat Turkey 3-0, Switzerland, 3-0 and Wales, 1-0. Italy’s last game was against the world’s number one team, Belgium. The Italians beat Belgium 2-1 to advance to the semifinal.

Spain got off to a slow start in the early stages of the tournament. The Spaniards drew with Sweden and Poland in their first two group stage matches. Spain found its form in a five-goal explosion against Slovakia. From there, Spain won a wild 5-3 round of 16 game against Croatia, and then gutted out a win via penalty kicks against Switzerland.

SPAIN WIN IT ON PENALTIES!!! pic.twitter.com/c4Deb60hak

Spain likes to play a slow conservative type of style. However, Italy loves to get up and down the field and play fast. It should be interesting to watch the two contrasts in playing style.

This game should have an intense championship-like atmosphere at Wembley Stadium in London.

The next semifinal game will be Wednesday. Both England and Denmark have been great stories this tournament for different reasons.

First Denmark, the first game of the tournament for the Danish almost brought tragedy. One of Denmark’s star players Christian Eriksen suffered a heart attack and almost died on the field. Eriksen is doing much better now and Denmark has been able to rally around him.

Denmark’s magical run to the semifinals started with a dramatic last day of the group stage. Denmark needed to win by more than two goals and a Finland loss just to advance. Both things ended up happening and Denmark has felt like a team of destiny ever since.

England has also been a great story in this Euro 2020. They have had all but one game at home so far in the tournament and can have the chance to win the tournament at home with the semifinals and finals being at Wembley Stadium.

The rallying cry from English fans all tournament long has been, “It’s coming home.”

Between England being at home and Denmark’s unbelievable run, this should be a very emotional semifinal tomorrow.