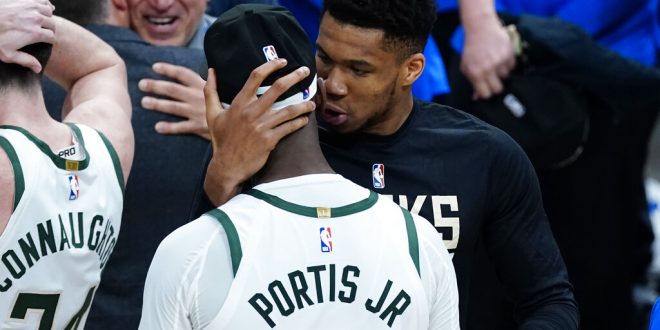 The 2021 NBA Finals is set to be one of the most unique matchups in NBA history, as the Milwaukee Bucks are set to face the Phoenix Suns. As the two franchises once joined the NBA together before the 1968-69 NBA season, only the Bucks have won a championship, and that was 50 years ago. This series has the potential to change the NBA forever.

First time for everything

Between the two teams in this Finals matchup, neither have a player who has won an NBA title before. Jae Crowder of the Phoenix Suns is the only active player in this Finals matchup who has even played in a Finals series before. But, most importantly, this is Chris Paul’s first chance to go home with championship gold.

Since being the fourth overall draft pick in 2005, Chris Paul has always seemingly come up short in his journey to winning a championship. Paul is looking forward to his first Finals appearance and doesn’t want to waste this moment. And with Giannis out for at least game one, Paul’s chances of winning his first title are as bright as ever.

The 2021 Finals are the first of its kind since the 2009-10 NBA Finals to not feature a team with either Lebron James or Stephen Curry on the roster. With fresh faces and new teams finally making their way into the Finals, expect to see something never seen before.

With the Finals ready to get underway, it is hard not to notice the absence of two-time NBA MVP Giannis Antetokounmpo. The star forward is doubtful for Game 1 of the NBA Finals and has already missed the last two games of the Bucks’ series against the Atlanta Hawks where they defeated Atlanta 4-2 to advance to the Finals. If the Bucks can get their leader back on the floor, their chances of winning this series dramatically increase.

But even with Giannis out, the Bucks’ confidence has not waivered. All-Star forward Kris Middleton credits their “talented roster from top to bottom” as being the reason for success even with Antetokounmpo out for the last two games, and at least the first game of the upcoming Finals series.