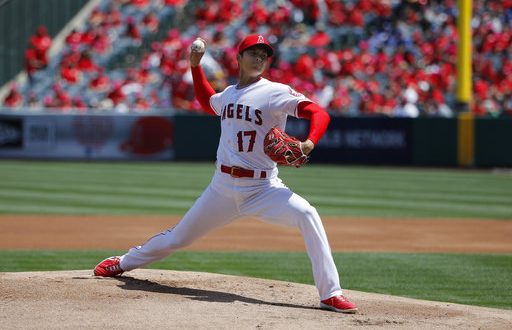 The MLB season is at a pause, as players are looking forward to this year’s All-Star break. With last year’s pandemic, teams return to an environment they are more accustom to as they take a much needed breather before a fierce battle for playoff positions.

The Colorado Rockies will be hosting All-Star events starting off with the MLB Home Run Derby, Monday, at Coors Field in Denver. Local fans will be rooting for hometown kid and shortstop Trevor Story, as he look to take the two-bat trophy on his home field.

Less than 24 hours after the derby, Tuesday, July 13, the MLB All Star Game between the American and National League will return after a year hiatus. After making seven consecutive All-Star appearances, Washington Nationals pitcher Max Scherzer said it’s an honor to make his fourth start after being named a replacement earlier this week.

Shohei Ohtani is a two-way phenomenon

Japan native and Los Angeles Angels starting pitcher Shohei Ohtani will be making history this All Star break as he will be the first player to participate in the home run derby and start as pitcher for the American League in the All-Star game.

Ohtani has the world on a string as players and coaches are amazed that he is attempting such a task.

“The demands that are on you body to be a pitcher are intense….. to be able to hit as well, I mean its absolutely incredible,” Scherzer said.

Tampa Bay Ray manager Kevin Cash acknowledges that Ohtani has meant a great deal to the sport and is intrigued on how he will fare against his contemporaries.

Must See Matchup Ohtani vs Alonso

Leading the MLB in home runs, 33, is five homers clear from second place. Being that Ohtani is amongst the favorite take the Home Run Derby trophy, he will still have his hands full against defending champ and New York Mets first baseman Pete Alonso, showcased his power with 23 homers in the final round.

Being compared to the legendary Babe Ruth by some baseball analysis since entering the league, the third year pro says he expects to be fatigued in these two days however, wants the people in Japan and fans to enjoy the other All-Stars.

He will also bat leadoff for the AL and be the first hitter of the game against National League’s Scherzer as the full lineup list for the game was announced earlier today. 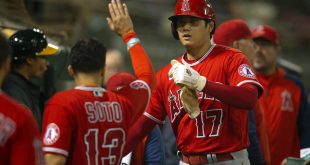 The Los Angeles Angels and Shohei Ohtani have come to a record setting arbitration agreement. …