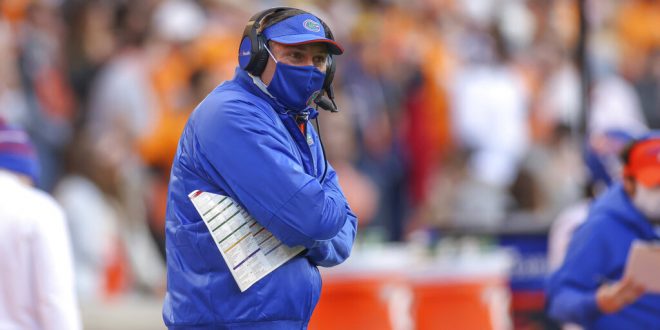 Mullen Talks COVID And Injuries Ahead Of First Scrimmage

Florida football head coach Dan Mullen is having to deal with a starter going down with an injury and he discusses other aspects of Gator football as well on the eve of the team’s first scheduled scrimmage this weekend.

The Gators are exactly 23 days away from kicking off the action in the Swamp. With the countdown winding down, there is much anticipation to what an Emory Jones offense will look like with him at the quarterback position. Mullen says that Jones’ grasp of the offense is ‘really good.’ The football coach has been primarily focusing on his approach, balance and knowing ‘how to make plays and when to make plays.’

Jones saw a limited amount of playing time in the past three years, playing behind starters Feleipe Franks and Kyle Trask. Nonetheless, his skill set meshes with Mullen’s offensive style. Spending a year and a half watching and learning has made Jones more of a student of the game.

The injury bug has hit the Florida preseason camp as Mullen announced cornerback Jaydon Hill suffered a season-ending injury. He suffered a torn ACL in a non-contact injury.

However, Hill focuses on not taking his mind off playing and his mindset now is on 2022. Additionally, Mullen believes in Hill’s ability to bounce back.

“You’re looking at a young guy that’s been through this once and came out on the positive end,” Mullen adds, “When you get knocked off course, you know how to get back there.”

COVID continues to be a hinderance in the football world. With cases rising in Florida, the head coach adds that education is one of the priorities for his players. Additionally, Mullen confirms that there is no mask mandate, but that masks are highly encouraged.

On a positive note, a high percentage of the roster has been vaccinated, per Mullen but said he doesn’t know the exact number of vaccinated players. But, he jokes it’s the kind of percentage you could be happy with on a report card. 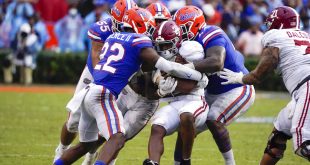