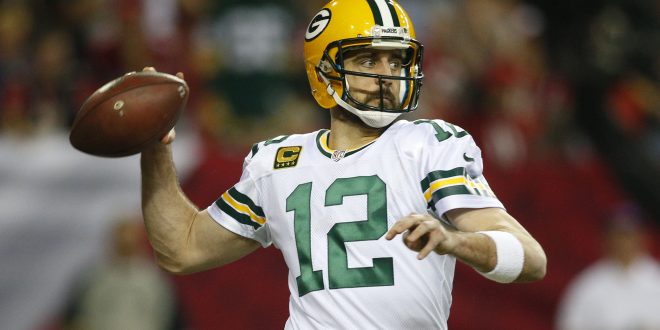 The Detroit Lions travel to Green Bay to face the Packers on Monday Night Football. Both teams are looking for their first win of the season with kickoff set for 8:15 p.m.

After a 38-3 loss to the New Orleans Saints in Week One, the Packers look to bounce back with a win over their NFC North rivals, the Lions.

Packers quarterback Aaron Rodgers threw for 133 yards and two interceptions in the season-opening loss. Rodgers said he played poorly against the Saints but said there is a long season ahead.

The Packers took a major hit to their defense prior to their appearance on Monday Night Football this week. On Friday, the team announced that linebacker Za’Darius Smith was headed to injured reserve. Smith will be out for at least three weeks with a back injury.

Green Bay head coach Matt LaFleur said the team is going into the Monday night matchup with a “next man in mentality.”

The Packers have won the last four meetings with the Lions and are currently 11 1/2-point favorites. Green Bay’s last loss to Detroit came in December 2018.

The Detriot Lions come into Week Two after an eventful 41-33 loss to the San Francisco 49ers.

After going down 38-10 midway through the third quarter, the Lions nearly completed a huge comeback.

After multiple stops on defense, the Lions cut the 49ers’ lead to 41-25 with under two minutes left. The Lions then went on to recover an onside kick and score a touchdown that brought Detroit within eight points.

The Lions made a major trade this offseason sending quarterback Matthew Stafford to the Rams for quarterback Jared Goff and draft picks. The former Rams quarterback made his first start for Detroit in Week One. Goff threw for 338 yards and three touchdowns in his Lions debut.

When looking towards Monday Night Football, Lions head coach Dan Campbell said his team will need to be physically upfront to get Rodgers on the move and give the Packers their second consecutive loss.

The Lions haven’t won at Lambeau Field since 2018 when DeShone Kizer replaced an injured Rodgers at quarterback. Detroit hasn’t beaten an Aaron Rodgers-led football team in Green Bay since November 2015.

Chris Will is a second-year journalism student with a focus on sports and media. Originally from the Fort Lauderdale area, Will now covers all things sports in Gainesville.
@_Chris_Will_
Previous Week Two: Around the NFL
Next Coach Dan Mullen Talks Alabama Game and Gator Nation