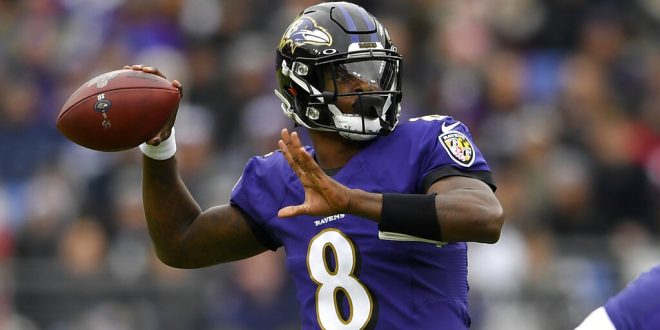 Action Jackson and the Ravens finally defeat Mahomes and the Chiefs:

Lamar Jackson jumps in joy and success after his two-yard quarterback run, securing his first win of the season. Lamar started the game off struggling, tossing two interceptions in the first half. He was able to shake off the bad throws and contribute to 3 touchdowns leading his team to success.

Their rookie first-round pick Odafe Oweh picked up the Ravens at the end of the game by knocking the ball out of second-year running back Clyde Edwards-Helaire’s hands with less than two minutes on the clock.

King Henry Leads the Titans to comeback Victory against the Seahawks:

Derek Henry flashed his supremacy over NFL defenders with over 200 yards from scrimmage and three rushing touchdowns. His heroics led his team from a 24-9 deficit to an overtime win over the Seahawks. His freak athleticism was entirely on display after he stiff-armed Seattle’s free safety in a 60-yard touchdown run. The Titans look to carry this momentum to their game against the Colts next week with Henry at the helm.

Zach Wilson threw four interceptions against division rival Patriots; a sense of worry sets in for Jets fans after an unacceptable outing from their first-round pick. The Jets have started the season with two touchdowns over their first two games, emphasizing that the team has had gaping holes from last year’s 14-loss season.

Zach Wilson was Apologetic to the fans after his performance on Sunday.

Meanwhile, Sam Darnold, the previous first-round Jets quarterback, led his team to two wins to start the season. Sam Darnold has had an average passer rating of 100.5 over his first two starts. Darnold is presenting his case as a starting quarterback in the NFL and putting more shade over the management of the Jets.