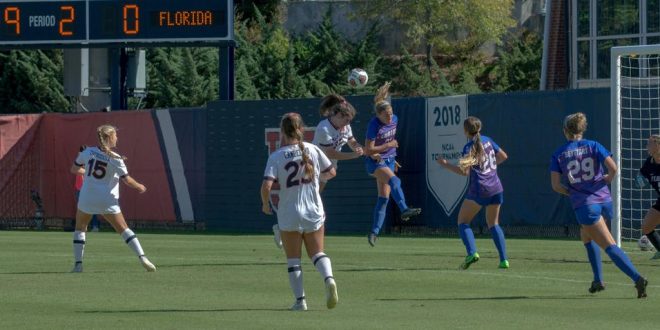 Following a scoreless first half, Auburn redshirt sophomore Marissa Arias netted her seventh goal in the past nine matches in the 51st minute. Arias beat Florida goalkeeper Alexa Goldberg in the bottom-left corner from 18 yards out.

Controlled the game from start to finish.

The loss drops Florida’s overall record to 3-9-3 and its conference record falls to 2-4-1.

Demolition From Start to Finish

The Tigers outshot the Gators 15-0 in the first half and 10-2 in the second half. Eleven of Auburn’s 25 shots hit the target, while only one of Florida’s shots was on goal courtesy of midfielder Nicole Vernis. Goldberg made nine saves, which is the sophomore’s most since her season opener against USF.

Florida will wrap up its road trip Thursday against Georgia at 5 p.m. on ESPNU. The rivals split both contests last season, but the Gators lead the all-time series 30-3-3.

After facing the Bulldogs, Florida will return home for its final two matches ahead of the SEC Tournament. The Gators will host LSU Sunday before they welcome South Carolina on Oct. 28.

Hi, my name is Griffin Foll and I am currently a senior at UF studying sports media journalism with a concentration in political science. I contribute weekly web and radio content for WRUF ESPN Gainesville and help cover the World Cup/Champions League soccer beat. Be sure to check out some of my recent articles!
Previous LSU head coach Ed Orgeron parts ways with program
Next Pat Dooley’s ‘Back 9’ October 18th 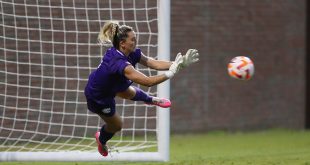 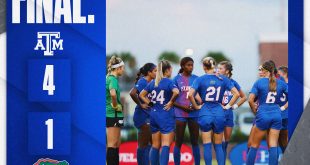 The matchup between the Florida Gators and the Kentucky Wildcats ended in a tie. With …