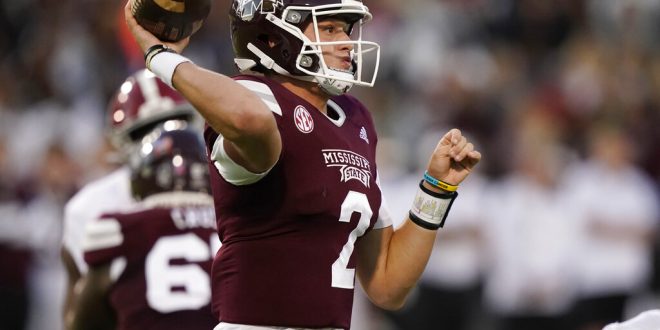 As college football enters week eight of the season, the standings are starting to shake out. This weekend, Mississippi State and Vanderbilt have a chance to boost their SEC standings rankings.

What Vanderbilt football brings to the table

Vanderbilt enters the game at 2-5 on the season, 0-3 in SEC play. With a new coach in Clark Lea, Vanderbilt is looking to bring a new culture to the program.

One of the ways Lea is trying to do that is to teach the team how to finish out games.

The Commodores are also an older team. Mississippi State’s Mike Leach talked about how Vanderbilt has more experience than the Bulldogs.

Vanderbilt’s defense is a big weak point of the team. They allow 34 points per game and gives up 449 yards per game.

The Commodores are coming off of a one point loss to South Carolina and a 42 point shutout against the Gators.

Mississippi State is 3-3 on the season. They are 1-2 in SEC play. This is Mike Leach’s second year as the Bulldogs coach.

One of Leach’s biggest points of emphasis for his team is tuning out distractions and not letting them affect the play of the team.

Mississippi State’s offense is done almost exclusively through the air. The Bulldogs average 360 passing yards per game and only 46 rushing yards.

They do have a more potent scoring offense than Vanderbilt football. Miss. State scores 24.7 points per game to Vanderbilt’s 14.3.

Quarterback Will Rogers has 14 touchdowns to five picks on the season. He also has 2,162 passing yards, good enough for sixth in the NCAA.

Mississippi comes into the matchup as 20.5 point favorites despite Vanderbilt being the home team. The game will have coverage on SEC Network at 4 p.m.

Jensen Young is a journalism student at the University of Florida. He works as a sports writer for WRUF.com and is the voice of trendings on Wednesday mornings on the WRUF radio station.
@Jensen_Young9
Previous Buccaneers Seek revenge on the Bears
Next Preview: Falcons visit Miami to Take on Dolphins

ITA Kick-Off Weekend was a resounding success for Florida tennis. With wins against USF on …