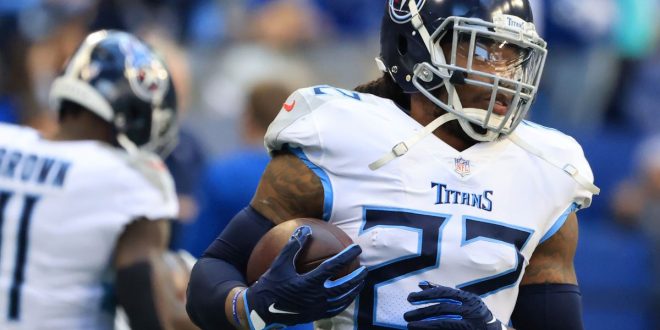 The Tennessee Titan’s star running back Derrick Henry had surgery Tuesday morning after suffering a right foot injury in last Sunday’s game. There is no expected timeline on his return according to Head Coach Mike Vrabel.

Henry was seen with trainers on the sideline during the first half of Sunday’s 34-31 victory over the Colts. He returned after halftime and finished out the game with a season-low 29 carries for 68 yards. The 2020 Offense Player of the Year was on track to reach 1,991 yards and 21 touchdowns this season. Now, his chances of reaching those numbers are unlikely.

Henry accounts for 79.3% of the Titan’s rushing yards. He also leads the NFL with 937 rushing yards. Last year, he became the eighth man in the NFL to reach 2,000 running yards in a season with a total of 2,027 yards. With this missing piece, the Titan’s offense will have to come up with a new game plan to stay at the top of the AFC. “We will have to move on,” said Vrabel.

Looking for a Replacement

The Titans led the AFC with a 6-2 record and secured a 97% chance of winning their division with Henry (fivethirtyeight.com). Now, they now attempt to replace the running back while keeping these stats up. With a spot now open to the 53-man roster, there are several possible contenders. Backup running back Darrynton Evans was placed on injured reserve last week, leaving the Titans with the options of Jeremy McNichols and Dontrell Hilliard. The team also signed Adrian Peterson on Monday. Despite his age, he could be their best option to cover a majority of the yards expected from Henry. Regardless of who they choose, it is hard to imagine the Titan’s offense without Henry.

The Titans head to Los Angeles to take on the 7-1 Rams this Sunday. This game will be telling of how successful the offense can really be without their running back. 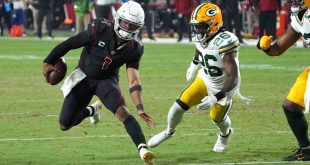 Week 8 of the NFL season kicked off on Thursday, October 28 when the Packers …