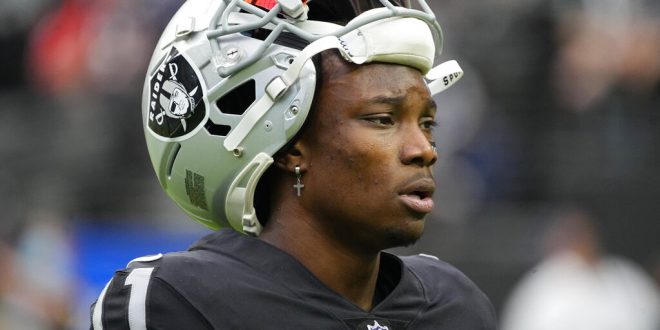 On Tuesday night, the Las Vegas Raiders announced that they have released wide receiver Henry Ruggs III as a result of his arrest. Ruggs, 22, was charged with DUI resulting in death and reckless driving after a crash left a 23-year-old woman and her dog dead.

He will be charged with DUI resulting in death. https://t.co/RUX0K4f0Xd pic.twitter.com/TV8kZP9Tvu

On early Tuesday morning, Ruggs crashed his Chevrolet Corvette into the back of a Toyota Rav4, causing the Toyota to burst into flames. The victim, identified as Las Vegas resident Tina O. Tintor, and her dog died at the scene.

Ruggs and his passenger, Kiara Je’nai Kilgo-Washington, 22, were hospitalized with non-life threatening injuries. Ruggs made his first appearance in court on Wednesday morning.

According to The Las Vegas Review-Journal’s Katelyn Newberg, Clark County Deputy District Attorney Eric Bauman said Ruggs was driving at 156 miles per hour about two seconds before the accident. Ruggs’ airbag deployed while the car was moving 127 miles per hour.

Additionally, Ruggs’ blood alcohol content was .161, more than twice the legal limit of 0.08. Also, police found a loaded gun on the floor of Ruggs’ car, according to Bauman. As a result, Clark County District Attorney Steve Wolfson said additional charges may be filed.

Wolfson added that in all his years in Las Vegas, he has never seen anything like this before.

Ruggs clocked 156 mph just before he crashed into and killed a 23-year-old and her dog. pic.twitter.com/VSNGz84R1c

Judge Joe M. Bonaventure set his bail at $150,000 with additional conditions including home confinement. Additionally, Bonaventure ordered Ruggs to abstain from alcohol and driving and to give up his passport. Bauman originally requested that Bonaventure set bail at $1 million. Bonaventure added that he could not remember a case with the speed that high.

Controversy at every turn

Overall, the season has been full of controversy for Las Vegas. On Oct. 11, head coach Jon Gruden resigned after reports of racist, homophobic and misogynistic emails he sent over the past decade. This happened only weeks after Raiders’ defensive end Carl Nassib became the first active NFL player to come out as gay.

"I have resigned as Head Coach of the Las Vegas Raiders. I love the Raiders and do not want to be a distraction. Thank you to all the players, coaches, staff, and fans of Raider Nation. I’m sorry, I never meant to hurt anyone."

The Raiders look to win their third-straight on Sunday against the New York Giants (2-6).

Previous Mavericks feel the heat in loss to Miami.
Next After World Series, Braves and Astros Look Ahead 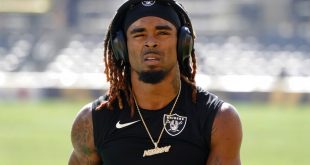 Needless to say, the Las Vegas Raiders’ season off the field has gone far worse …