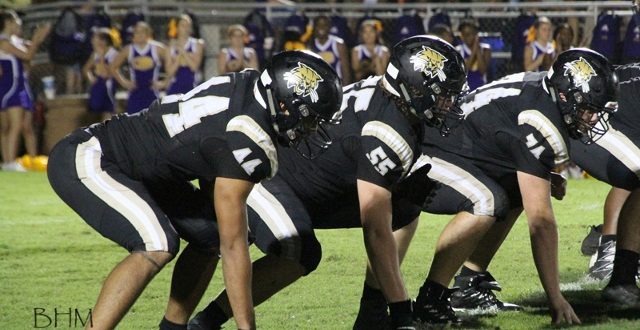 There is no better game than a rivalry with stakes, and Buchholz is ready for that challenge.

Buchholz is a dangerous football team. The Bobcats are 9-1, only dropping to Cardinal Gibbons in Week 4. This loss was a heartbreaker for Buchholz, but it did not stop them from winning their remaining games in stunning fashion. The Bobcat offense, led by Creed Whittemore at QB, has put up impressive numbers this season. The lowest-scoring win this season was 14-7 against Bolles High School. This is an outlier, however, compared to the rest of the Bobcat’s schedule. Buchholz’s most dominant game was against Forest High School, winning 75-7.

The Bobcat’s success could be attributed to a number of players, but Whittemore has taken the field by storm. Leading the team in rushing yards and touchdowns, Whittemore is a force to be reckoned with. Wide receiver Quan Lee is another name to look for on Thursday. Lee is the leader in receiving yards and touchdowns, as well as second in rushing yards. With a dual threat like him, Fleming Island may be in for a rough night.

Head coach Mark Whittemore is cautious to buy into the hype. He wants the team to play at their highest ability, without expectations weighing them down. If the team is able to hold on to their ideals of hard work and dominance no matter what, the Bobcats may see themselves to the next round.

Playoff football is always a spectacle in Florida, and Thursday night should live up to its expectations. The Fleming Island Golden Eagles will travel to Buchholz for round one of the FHSAA Tournament. These two teams are used to each other and have had a tenuous rivalry over the past two decades.

The Golden Eagles enter the game at 6-4 and have struggled at getting the ball downfield as much as Buchholz. Most of Fleming islands games are low-scoring, and this may get the team into trouble on Thursday. Buchholz is extremely effective at scoring fast, and if Fleming Island is not at the same caliber, The Bobcats will be able to run away with the win.

The key for Fleming Island is to find a way to shut down Whittemore. By adding extra pressure on the pocket, Fleming Island can either slow the run or push him to pass at the wrong time. Quan Lee also needs to be on lockdown at every second if the Golden Eagles are to have a chance.