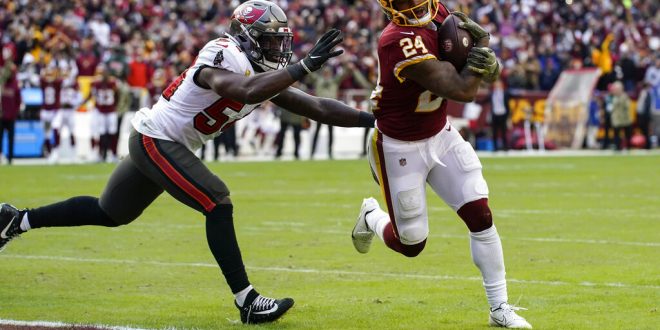 After a nine-point loss to the New Orleans Saints last week, many expected quarterback Tom Brady to rally his Tampa Bay Buccaneers team and secure an easy win over the 2-6 Washington Football Team. Washington started Taylor Heinicke at quarterback, and he had other plans.

Brady threw two interceptions, and Heinicke didnt’ throw any, as Washington secured a double-digit win over one of the best teams in the NFC, 29-19.

Both of Brady’s two picks came in the first quarter, one the result of a tipped ball and the other because of an overthrown ball. The Football Team was only able to churn six points out of the turnovers though, courtesy of two field goals from kicker Joey Slye, keeping Tampa within one possession entering the second quarter. 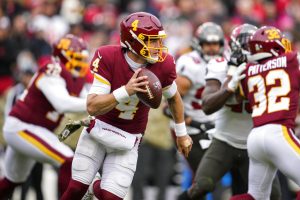 Washington made the first big play of the day when Heinicke found receiver DeAndre Carter for a 20-yard touchdown pass, putting the team ahead of Tampa by two possessions. Heinicke would finish the game with 256 passing yards on an 81% completion rate. Tampa needed to answer back with a touchdown of its own. but the Buccaneers offense could only muster field goals. After both teams traded three-point kicks to end the half, Washington entered halftime with a 16-6 lead.

The Bucs needed to get on the board early in the second half, and that’s what they did.  After driving down the field,  Brady found Cameron Brate in the end zone to draw the Buccaneers within three. Brady would finish the game with 220 passing yards, two touchdowns and two interceptions. 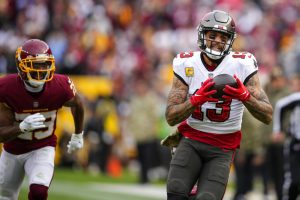 Washington was ready for a response, though, marching down the field on a drive that culminated in a one yard touchdown run from Antonio Gibson; this score put the Football Team lead back up to 10. Tampa would then get its final touchdown of the day, a throw from Brady to receiver Mike Evans for 40 yards, but it was not enough. After getting the ball back, Washington used over 10 minutes of the game clock to get down to the goal line. Head coach Ron Rivera opted to go for the touchdown on fourth down, and the decision was the right one; Gibson ran another into the end zone, and Brady had a mere 29 seconds to overcome a 10-point lead.

After the team’s second-straight loss that drops its record to 6-3, Tampa will have to regroup under the bright lights next week when they play the New York Giants on Monday Night Football. For Washington, the win snaps a four-game losing streak; now, the team will head to Carolina to take on the Panthers on Sunday.

Carson Cashion is a second-year student at the University of Florida, and has a major in journalism with a specialization in sports and media. Originally from the Orlando area, Cashion has covered the UF Gymnastics team as well as Oak Hall athletics for ESPN Gainesville.
Previous Gators Men’s Basketball Defeats Florida State 71-55
Next Jaguars Fall to Colts on the Road