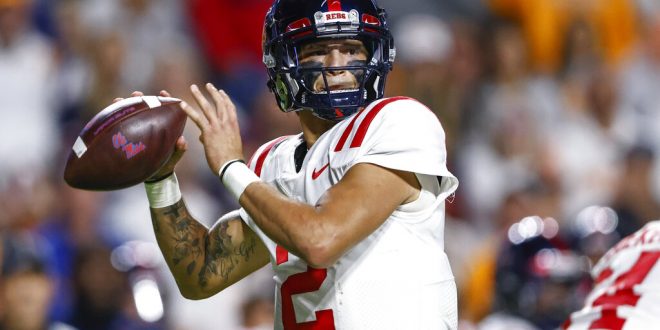 Mississippi quarterback Matt Corral (2) looks to a receiver during the first half of the team's NCAA college football game against Tennessee on Saturday, Oct. 16, 2021, in Knoxville, Tenn. (AP Photo/Wade Payne)

Saturday, marks the 94th all time meeting between Vanderbilt, and Ole Miss. Casual college football fans do not know about this rivalry. The rivalry dates back to 1894 with Ole Miss leading the all time series 51-40-2 with Ole Miss winning the last 2 meetings.

Coming into the season many experts expected the Commodores to be bottom dwellers. They currently have a 2-8 record with wins coming against Connecticut, and Colorado State.

The commodores are coming off a 34-17 loss to Kentucky which marks their 5th straight loss. They have not beaten an SEC opponent since beating Missouri in October of 2019.

Last season Vanderbilt went winless, and are in the process of a rebuild Vanderbilt comes into the game as a 36.5 point underdog, with rivalry games crazy things can happen.

Things in Oxford Mississippi have been good this season the rebels come into this matchup ranked 1oth in the nation. Led by Heisman trophy candidate Matt Corral the rebels have a record of 8-2.

After an important win last week against Texas A&M Ole Miss still has a chance to win the SEC West with a little help from their friends.

Ole Miss is one of the best offensive teams in college football this season they are 3rd best in yards this season averaging 522.2 yards a game as well as averaging 36.9 points a game.

With a strength comes a weakness Ole Miss has the 99th ranked defense in college football. They have given up 426.3 yards a game if they do not improve on defense Vanderbilt can give them a game.

Head coach Lane Kiffin is one of the best offensive minded coaches in college football and has revived the program. Lane Kiffin is on the radar of many schools to become their next head coach.

Coach Kiffin knows not to overlook Vanderbilt they are an SEC team and anything can happen. 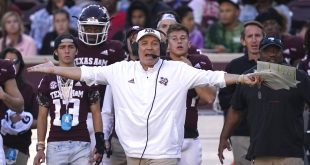 In maybe the highest-profile SEC matchup of the weekend, No. 11 Texas A&M takes on …