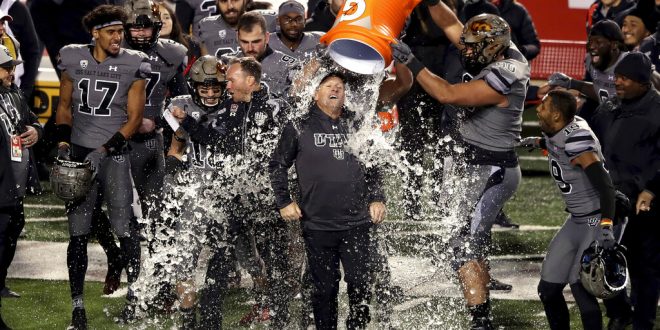 As the final week for regular season in college football approaches, upsets and uncertainty seem to be a common theme.

Ohio State defeated Michigan State 56-7 on Saturday to propel them to the front of the conversation for the next-best team behind Georgia. The CBS Sports ranking have Ohio State at No. 2 right above Alabama, but the college football committee will release their solidified rankings tomorrow evening. Michigan is projected to climb back up the rankings after their loss to Michigan State about a month ago.

The rivalry continues for Ohio State as they travel to Ann Arbor this weekend to face Michigan. Ohio State has won won eight straight in the series, but the Wolverines will not let up this season. On the line for these teams is their 10-1 records, a trip to the Big 10 championship game and potentially a spot in the College Football Playoffs.

Georgia and Alabama in SEC Championship

Georgia won the SEC East and Alabama clinched the SEC West with a 42-35 win against Arkansas on Saturday. This is the third time in four years that Alabama has clinched the west, but this year was not as easy for the as years past. Alabama had to overcome a late fake field goal from Arkansas to gain a touchdown. Texas A&M was the only team to beat Alabama in conference play this year but had three conference losses including a loss to the Ole Miss Rebels that knocked them out of SEC West contention. The SEC Championship will be played in Atlanta at the Mercedes-Benz stadium on Dec. 4.

The University of Florida relieved Dan Mullen from his duties as head coach after four seasons in the position. After Florida’s loss to Missouri in overtime on Saturday, it was clear that change was needed for the Gators, who were ranked in the top 10 less than two months ago. As for right now, Greg Knox will be Florida’s interim head coach.

Florida has lost two recruits in the 2022 class, including WR Isaiah Bond and DB Jamarrien Burt, since Mullen has been fired. Over the past month, Florida’s decommitments include LB Shemar James, CB Julian Humphrey and TE CJ Hawkins. Florida will now look for a head coach that can bring in top recruits to rebuild this class. Some of the top perspectives for this position include Bob Stoops, former Oklahoma coach, Lane Kiffin, Ole Miss coach and Billy Napier, Louisiana coach.

Utah has won the Pac-12 South, but likely will not be ranked top 10 when the CFP poll releases Tuesday night. On Saturday, they defeated the no. 3 Oregon team with a final score of 38-7. Utah have had to deal with two unthinkable tragedies following the deaths of Ty Jordan in December 2020 and Aaron Lowe in October 2021. One could say that Utah is honoring these two young men to the best of their abilities.

Utah’s head coach Kyle Whittingham was extremely proud of his team on Saturday, highlighting that they have had no turnovers in the past few games. “Those first few touchdowns that we scored in the first half gave us a ton of momentum,” Whittingham said.

Uncertainty in the ACC

The Clemson Tigers have won the ACC every year since 2015 when Florida State football fell off. Their streak looked to diminish after losses to Pitt and NC State. Clemson’s win over Wake Forest handed them their first ACC loss of the season and gave the Tigers some hope that their ACC streak might not completely be over. If Wake Forest wins against Boston College on Saturday, they will earn a spot in the ACC  Championship Game. For NC State to earn a spot in the championship game, they must win against UNC and Wake Forest must lose. Clemson will only make the ACC Championship Game if both NC State and Wake Forest lose. 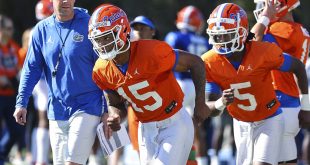 The Billy Napier era in The Swamp has begun. After the clock hit zero, the …