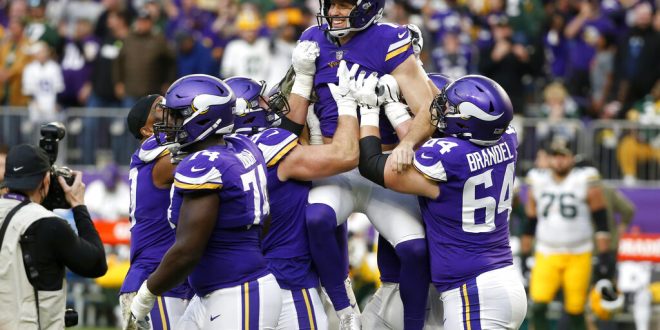 Week 11 of the NFL season kicked off on Thursday when the Patriots traveled to Atlanta to take on the Falcons. New England won 25-0 to improve to 7-4 on the year. With this defeat, the Falcons drop to 4-6 on the year and fall to last place in the NFC South. Mac Jones completed 22/26 passes for 207 yards with one touchdown and one interception. Running backs, Rhamondre Stevenson and Damien Harris, combined for 125 yards on 22 carries. With this victory, the Patriots are in the drivers seat to win the AFC East once again.

The Saints and Panthers each lost their game and failed to gain a step on each other in this close division race. New Orleans was unable to stop the legs of Jalen Hurts who rushed for 69 yards and three touchdowns on 18 attempts. Hurts also added 147 yards through the air in their 40-29 victory. Meanwhile, Carolina lost at home to Washington 27-21. Taylor Heinicke and Cam Newton dueled it out, but it was Heinicke who got the last laugh. Heinicke threw for 206 yards and three touchdowns on 16 completions as he helped Washington secure their fourth victory on the year.

In a matchup of NFC North rivals, Minnesota beat Green Bay 34-31. Aaron Rodgers put on another fantastic show, but it was not enough to overcome Kirk Cousins, Dalvin Cook and the Vikings offense. Rodgers went 23/33 with 385 yards and four touchdowns. Rodgers did re-aggravate his toe injury, and he hopes it will heal in time before they face the Rams on Nov. 28.

Cousins threw for 341 yards and three touchdowns on 24 completions. Cook added 86 yards on the ground with one touchdown on 22 attempts. However, the Packers are still first place in the NFC North with an 8-3 record, and the Vikings are in second with a 5-5 record.

Ravens win a nail biter over the Bears

The Ravens had to rally late in the fourth quarter to escape with a win over the Bears. Trailing 13-9 with less than 90 seconds left, Devonta Freeman capped off a nine-play, 61 yard drive, with a three yard rushing touchdown. Tyler Huntley started at quarterback in place of Lamar Jackson who was battling an illness. Huntley’s play did not disappoint either. Huntley completed 26/36 passes for 219 yards and added another 40 on the ground. The Ravens also picked off the Bears four times which also helped clinch their victory as they move to 7-3 on the year and first place in the AFC North.